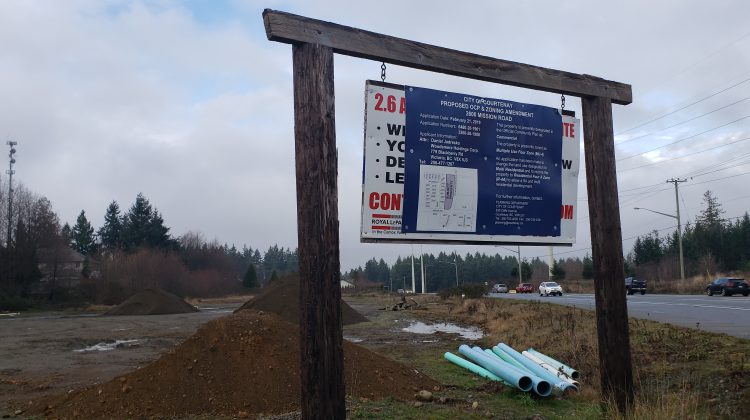 Photo of the proposed site on 2600 Mission Road.(Taken by Jon Gauthier, MyComoxValleyNow.com Staff)

The very early stages of a 94-unit rental complex in Courtenay are underway.

That decision wasn’t made right away, however.

Councillor Doug Hillan asked for staff’s thoughts on the traffic report put forward by the developer.

He said neighbours were worried about more congestion and increased safety concerns.

“We’ve had concerns expressed about safety, this being a school zone with a lot of people in the streets, and I’d like to hear more from staff on those issues before voting in favour of this.”

The city’s Manager of Planning, Ian Buck said the report was signed and delivered by a certified traffic engineer, so it has full confidence in the information provided.

After more than a half-hour of discussion amongst councillors and staff on the bylaw, Hillian put forward an amendment.

It outlined that before the final reading was approved, staff take an in-depth look at the traffic report to address any safety concerns.

That amendment was unanimously approved by council and the final reading for the bylaw will be at a later council meeting.