BC SPCA hopes you can give ‘Marshall’ a helping paw 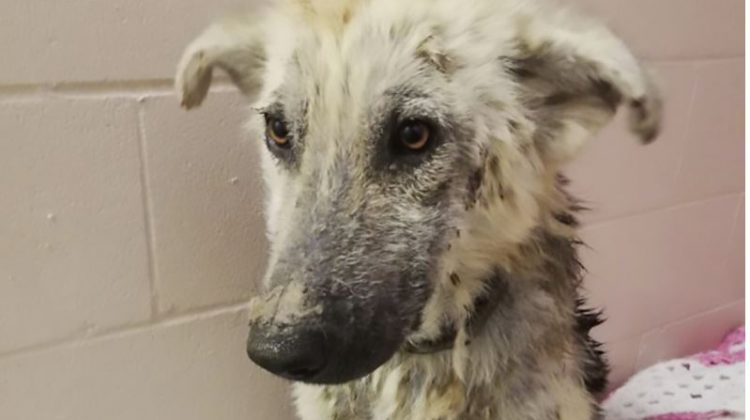 Marshall came into SPCA care with painful sores and lesions covering most of his body and will need treatment for mange. He is underweight and in his weakened state, he developed a secondary infection. (Supplied by the BC SPCA)

The BC SPCA is hoping you can open your heart and wallet for a puppy named Marshall.

The nine-month-old, husky-shepherd mix is being cared for at the Comox Valley branch.

He was surrendered by his owners, who live in a remote area of northern Vancouver Island.

“They identified that he needed more than what they were able to provide to him, and so they asked if they were able to drive him down to us, and if we would be able to take on his care,” said SPCA Comox Valley branch manager, Emily Priestley.

When Marshall came into the SPCA’s care, he had painful sores and lesions covering most of his body and will need treatment for mange.

He is underweight and in his weakened state, and developed a secondary infection.

He was taken to the vet clinic within a half an hour of arriving at the local SPCA.

Since then he’s been undergoing laser treatments on his skin and special baths as he fights off the infection.

“Marshall will need a lot of care and love to become a normal, healthy puppy,” Priestley said.

Marshall will need at least six weeks recovering in an SPCA foster home before he is ready to be adopted.

“Once he’s ready and we’ve gotten him over the hump of his medical conditions and we know a bit more about his personality, then he’ll go up for adoption, and he’ll be placed into a new home,” Priestley said.

Priestley said that while he is sleeping much of the time, Marshall is holding up well in his new environment.

“He’s in a big, double kennel with heated floors and dog toys, he’s got a big bed in there and lots of blankets, we’ve got a coat on him to keep him warm because he was shaved down,” Priestley said.

“He’s spending lots of time with the staff and volunteers, he’s going out for dog walks, playing in the backyard, that kind of thing… he’s just generally doing pretty good.”

If you can help Marshall and other animals in need, click here or visit the Comox Valley branch at 1668 Ryan Road East.