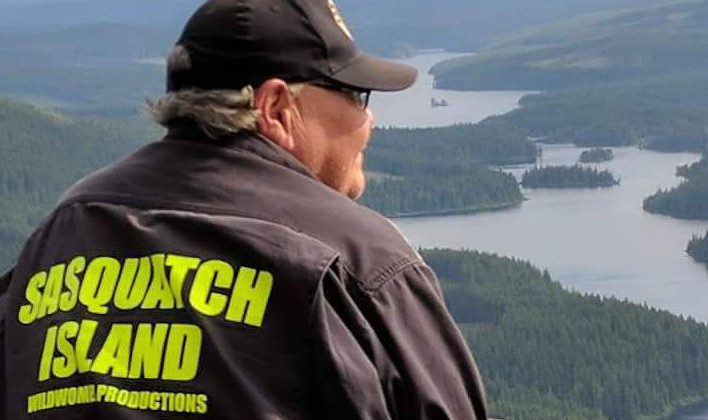 That’s what Thomas Sewid is saying.

He’s the administrator of the Sasquatch Island Facebook page.

“I travel all around North America to the different Sasquatch conventions that I’m invited to. And as I talk on stage with powerpoint displays, showing that Campbell River is the city with the highest concentration of Sasquatch  carvings and art on earth, I share with them other places like Alert Bay, and North Island, Victoria and so forth, that British Columbia, Vancouver Island, and Vancouver has the highest concentrations of wood and other Sasquatch carvings, as well.”

Sewid is continuing to film more content for his Vancouver Island Sasquatch documentary.

He said that he has some “amazing interviews lined up” as well as hitting investigation sites with recent activity.

He adds that the focus is on bringing forth the local First Nations stories, encounters, beliefs and perspectives.

Sewid wants to spotlight the region as a Sasquatch hotspot.

“Campbell River is a place where, if you are a Sasquatch investigator or an enthusiast of Sasquatches, you’re gonna want to check off that bucket list and come to Campbell River and see what it has to offer in regards to the Sasquatch…”

He claims that there have been numerous sightings locally of Sasquatch, or Dzoonakwa –  Kwakwala.

“One of the things we’re finding is, just north of Campbell River, we have a juvenile or a young Sasquatch that has established his territory in and around Menzies Bay and Menzies Bay Mountain,” he said. “I’ve been following quite a few reports over the past three or four years on that sort of juvenile, sub-adult or male Sasquatch that has been seen from time to time.”

He said a lot of people think you have to travel to California to see Sasquatches.

“Vancouver Island, which is often referred to as Ape Island… it has some of the greatest activities of Sasquatches on earth,” he said.

As for his filming aspirations, Sewid said he’s doing interviews with local First Nations in Campbell River, with the hopes of editing the documentary and releasing it to the public soon.

“We’re just doing the First Nations component, and then we’ll hit the editing room and clean everything up,” he said. “Our goal is to make a series of Sasquatch documentaries about Vancouver Island.”