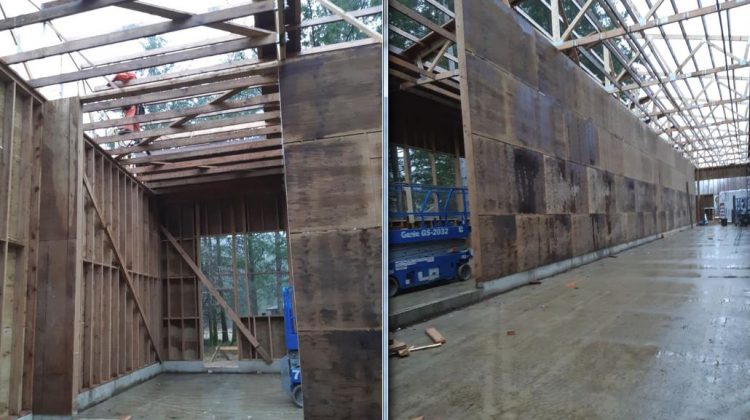 The MARS Wildlife Rescue Centre is bracing for an influx of eagles.

To accommodate them, the construction of a massive eagle enclosure at the centre in Merville is coming along.

The enclosure is large enough to be separated into eight different sections.

This is usually the time of the year when MARS takes in a large number of bald eagles and Shyian said it needs a place to fly them.

“After we do all of the immediate care in our hospital we have to move them out to a bigger cage so they can actually be flight conditioned. If there’s a wing injury or a leg injury, they need to rebuild their strength and their stamina, and we’ve never had a cage big enough to really do that,” she said. “Now that we have our flight pen in the works, it will definitely help with that. It will decrease the time that these birds will be with us.”

She added that the enclosure itself is “definitely the biggest that we’ve ever had.”

Currently, there are a handful of eagles in the centre’s care, one of which is being treated for lead poisoning.

Based on past experience, Shyian expects that number to grow.

“We had, I’d say we had about 40’ish within the first few months of this year so we’re definitely expecting a lot of eagles to come in, in the next few months,” she said. “We’re hoping not as many as last year, but you never know.”

Some of the eagles are brought in by the public and conservation officers and many are rescued by centre staff.

The eagles are suffering from a range of issues including wing injuries after winter storms and starvation, which accounted for roughly half of last year’s intake.

“They were emaciated and they weren’t able to get food or fly properly,” she said. “They just didn’t have the energy to really do anything. So we got a lot of those guys and we also had quite a few lead-poisoned eagles last year, as well, so we are kind of bracing ourselves for that. It’s very time consuming, it’s very hard on the birds and it’s very expensive but we do the best that we can.”