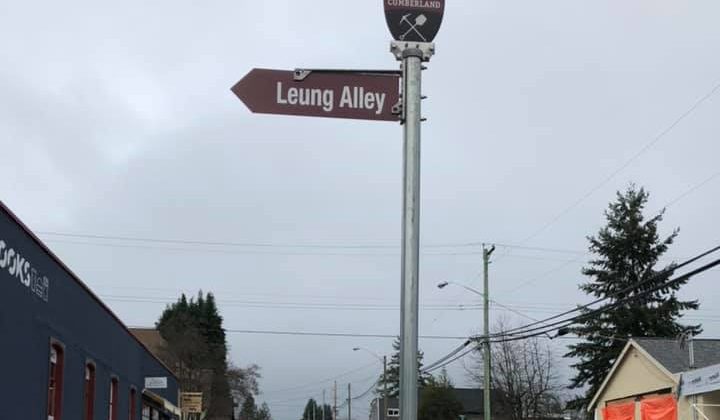 One of three placed on alleyways in Village. Need todo another fundraiser to place more signs in recognition of families.(Photo provided by Cumberland Mayor Leslie Baird, Facebook)

Cumberland Mayor Leslie Baird is taking part in a project to name alleyways in the village.

The signs would hold significant importance as they would be named after families that have lived in Cumberland for generations.

“They started as a project and we formed a small committee and decided how we were going to do it and how to choose the family members. They were chosen from families that had come to Cumberland originally and are still living here,” said Baird.

She also added that it’s been a long process because the small committee has been finding ways to raise enough money to build the signs.

Four of the alleyways within the village are currently named but Mayor Baird says there are plenty more that could use some signage.

“This is just phase one of the project and we’ll be looking at more fundraising to do an additional four signs. We have over forty alleyways so it could be a very extensive project.”

She says more help would be amazing to make the project move along more quickly and thanked public works for their “amazing job” on the design of the alleyway signs.