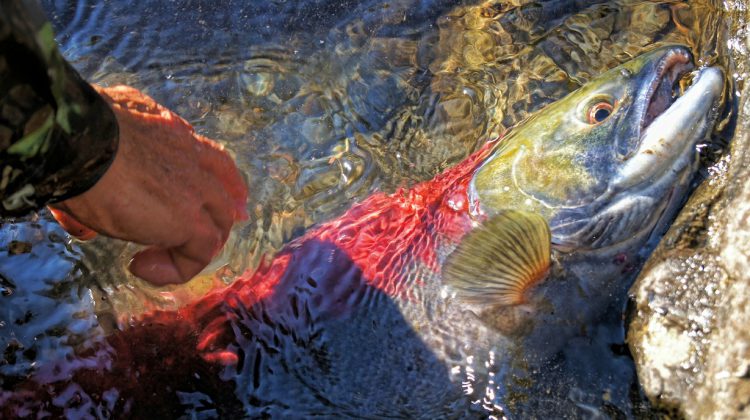 The Courtenay-Alberni MP, who is also the Critic for Fisheries and Oceans, brought the issue up in the House of Commons today. Johns wants that package to include money for both habitat restoration and compensation for fishers affected by the collapse of salmon runs in British Columbia.

“Historic lows in wild salmon returns and the near extinction of some iconic runs require urgent action from this government”, Johns told Fisheries and Oceans Minister Bernadette Jordan during Question Period. “The situation has been getting worse, we need new investment now for Pacific wild salmon habitat restoration, enhancement and protection”, he said.

Johns has risen in the House of Commons several times this week. In his response to the Throne Speech, he warned the government that the salmon runs in Clayoquot Sound, on the Skeena and Fraser Rivers should cause the declaration of an emergency.

The Fraser is the largest salmon-bearing river in the world.

“Will the Minister let Pacific wild salmon go the way of the Atlantic cod, or will she address this crisis with an emergency relief package?”, he asked Minister Jordan, a Nova Scotia M.P.

She did not commit to putting together an emergency package. Instead, Jordan responded first by thanking her constituents for re-electing her and then congratulating Johns on his re-election.

Jordan eventually responded to the question by saying that wild Pacific salmon is “extremely important to our economy, to our culture in B.C., we know how important it is. That’s why we’ll continue to work with our stakeholder groups, our partners, in order to make sure we continue to work with this important species, and we look forward to working across the way with all members of this house, to deal with these issues.”

2019 saw the worst ever sockeye return numbers on record in B.C.