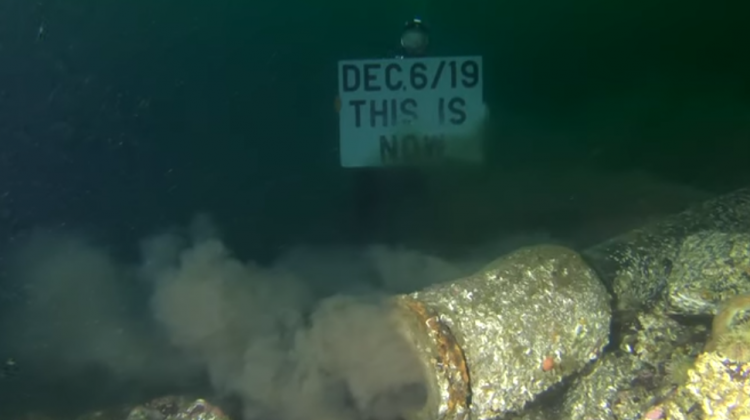 Claims of bloody wastewater with piscine orthoreovirus flowing into Brown’s Bay are being denied by Brown’s Bay Packing Co.

In a new video posted on YouTube, the company says the statements made by salmon farming critics are simply not true.

It gives a brief unedited look at what is happening both above and below the water.

The video is a response to an activist’s video showing the company discharging blood effluent into the water, two years after originally bringing the issue to light.

Brown’s Bay says it has made a significant capital investment in a cutting edge water treatment system that went online in May.

In the same time period, its regulators modernized the permit process with strict standards.

We have reached out to Brown’s Bay for further comment.