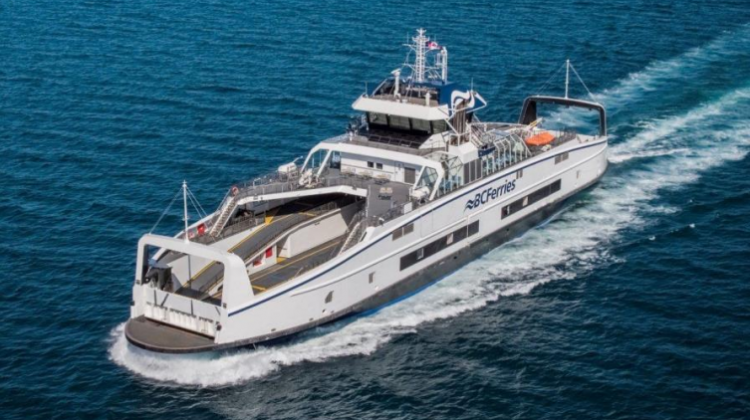 BC Ferries’ new battery-equipped Island Class ships are expected to arrive early in the New Year.

By mid-2020, they will be put into service on the Powell River – Texada Island and Port McNeill – Alert Bay – Sointula routes.

The hybrid-electric ships cruised into the Panama Canal today and are preparing for their trip to British Columbia.

It is anticipated to take a few days for the ships to clear the canal due to vessel inspections, fuel bunkering, and other marine traffic.

“The ships are fitted with hybrid technology that bridges the gap until shore charging infrastructure becomes available,” says BC Hydro.

“From the exterior details to the engines, the design of the new vessels reduces underwater radiated noise, lowers emissions and improves customer service.”

BC Ferries will take ownership once final inspections are complete at Point Hope Maritime in Victoria.

The ships will be christened before BC Ferries moves on to crew training, ship familiarization and dock fits.