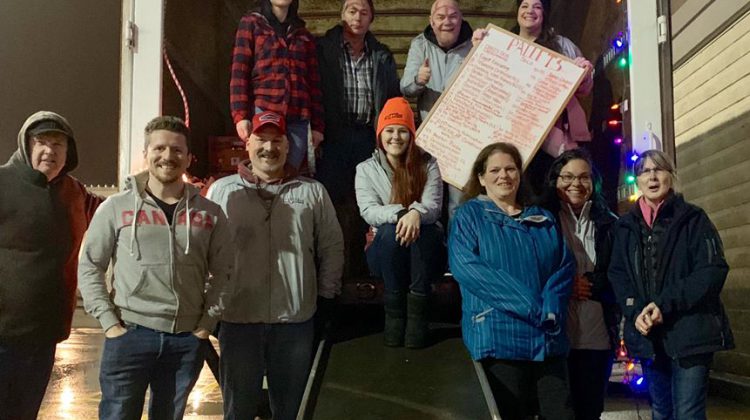 Picture of the 98.9 Jet FM team on the final day of the Stuff the Truck event benefiting the Comox Valley Food Bank. (Stock photo)

A flood of donations are at the Comox Valley Food Bank, thanks to Jet FM’s annual food and fundraiser.

Over five days, the generosity of businesses and individuals resulted in 72 pallets of food.

The Thrifty Foods Crown Isle and Courtenay locations were the hosts, and Clarke’s Household Moving donated the trucks.

Courtenay Thrifty Foods manager, Jeff Ackinclose said it was a pleasure to be part of the charity drive.

“I saw a ton of generosity from the Comox Valley,” he said. “It was uplifting to see so many people turn up and it was a great success. We were just happy to be allowed to be part of it.”

Ackinclose said Stuff the Truck built momentum as the week wore on.

“Right at the end, the valley came through big time for us,” he said. “That’s the one thing about the small community. They all get together and help each other and this is one more movement towards that.”

“I’m already coming up with some ideas where we can generate some more bags to be sold and pallets to be bought,” he said.

Located at 1491 McPhee Ave., the Comox Valley Food Bank serves nearly 2,100 people each month, and 30 percent of those it feeds are children.