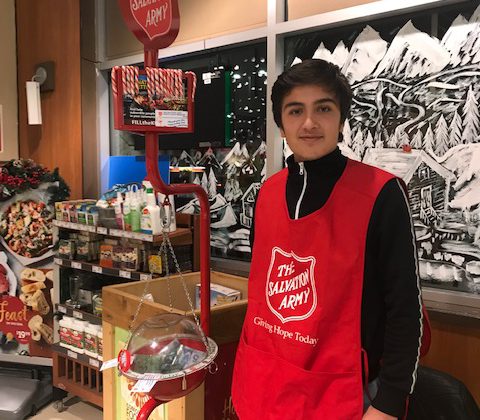 The Comox Valley Salvation Army says it’s a little behind the usual amount of donations for this time of year.

Overall it’s down close to $52,000 compared to previous years.

It’s currently running the Christmas Kettle and Mail-in campaigns, hoping to get support from residents.

Community Ministries Director Brent Hobden says the numbers aren’t quite what the organization was hoping for.

“Our Christmas kettles are doing okay, we’re still about $20,000 short but we think there is a reasonable chance we can make that up. The mail-out campaign has us quite concerned, we’re $32,000 behind where we were last year at this time,” said Hobden.

He added that the nice weather may be a culprit but hopes people will take the time to donate a loonie or two.

“The weather been just amazing, we haven’t had any snow and typically its right after that first snowfall that the cheques start rolling in and people are more into that Christmas spirit. We’re really hoping and praying our people, as their out doing their last-minute shopping, will recognize that we have so many less fortunate people in our valley and they need help,” Hobden says.

Hobden says any donation goes a long way as the organization looks after many families and it takes a lot of effort and money to make sure those people are taken care of.

“This year the salvation army is looking after the neighbourhood of 1300 people on Christmas day. We look after roughly 20-30 families each week. It takes an army in order to do what we are doing and it also takes some pretty deep pockets, so if our friends and neighbours in the Comox Valley can help us out this Christmas it would truly be a blessing.”

The Christmas kettle campaign will run until Christmas eve and the mail-out campaign continues all the way until December 31st.