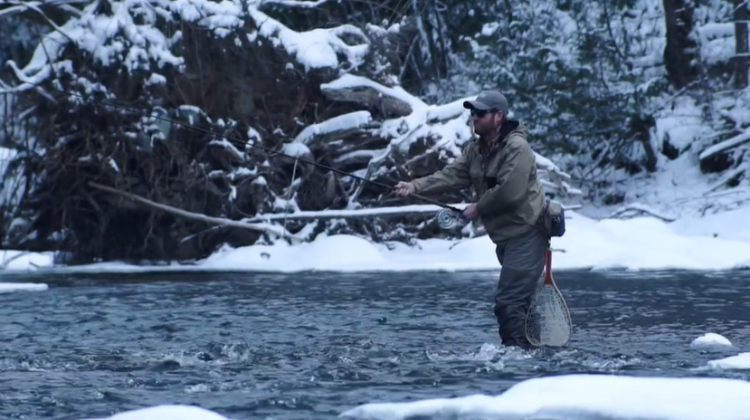 Screenshot from a film by Ross Bodenmann showcasing a day in the life of a fly fisherman.

A short film based in Oyster River created by Comox Valley resident Ross Bodenmann has finished third in the Fishing BC Film Contest.

The contest aims at showcasing what fishing is like in B.C and brings filmmakers from all over.

Bodenmann says the goal of his short documentary-style film was to give viewers an inside look at the life of someone who has hunting and fishing in their blood.

“The production for this little short film was really just a passion project. I’ve got a good friend who is an avid fly fisherman locally here, he’s grown up on the coast.”

“The idea was to just get a day in the life of him pursuing his passions.”

He added that the idea to submit the video to the film contest came from a friend.

“We didn’t even know this contest was a thing and I was in post-production editing this short film and another local friend filmmaker of mine just fired me an email and said there’s a competition that BC fishing is doing this year, you should submit your film,” says Bodenmann.

He says while it was a lot of fun to shoot, a follow up is planned for the near future.

“I will be doing a sort of follow up project with the guy who is featured in this documentary-style video, that’ll be coming down the pipe in the next year or so.”

You can view the video yourself on the Fishing BC Film Contest website here.