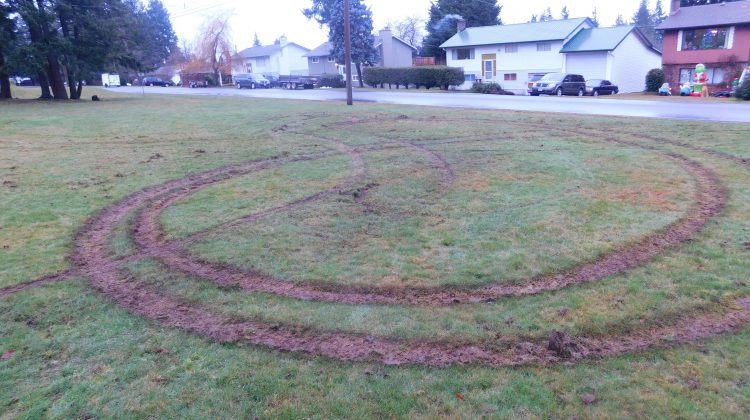 Who is tearing up Campbell River’s parks?

It’s what the Campbell River RCMP is trying to find out after several city parks were damaged by an unidentified driver.

RCMP was made aware of a driver doing “donuts” in Cantebury Neighbourhood Park on Sunday night, but weren’t able to find the suspect vehicle.

The fields at Ruby Park, Cantebury Neighbourhood Park, and Dick Murphy Park at the spit all had significant damage.

Police are looking to talk to anyone who may have witnessed the vehicle.

“Quite frankly,” said Campbell River RCMP spokesman, Const. Maury Tyre, “an individual that willfully chooses to damage public property needs to be held to account for their behaviour. Perhaps they aren’t aware of the thousands of dollars of labour it costs the city, and its taxpayers, to repair these green spaces, but they clearly need to made aware.”

If you have information regarding the vehicle/vehicles that caused the damage, you’re asked to call the Campbell River RCMP at 250-286-6221.