4.8 Magnitude earthquake reported off the coast of Port Hardy 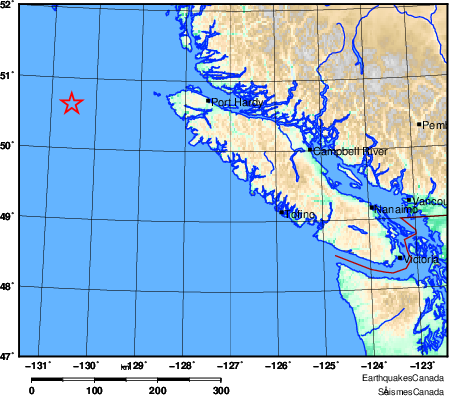 A 4.8 magnitude earthquake has been recorded off the northern part of Vancouver Island this afternoon.

Earthquakes Canada says it took place 215 kilometers off the coast of Port Hardy around 12:20pm, at a depth of 10 kilometers.

It also says there are no reports of damage, and no tsunami is expected to hit the west coast of the island.

This latest earthquake follows a series of quakes reported over the Christmas break.

Including this one, a total of ten earthquakes have hit the region over the past two weeks.