Crafter helping Australian wildlife, one pouch at a time 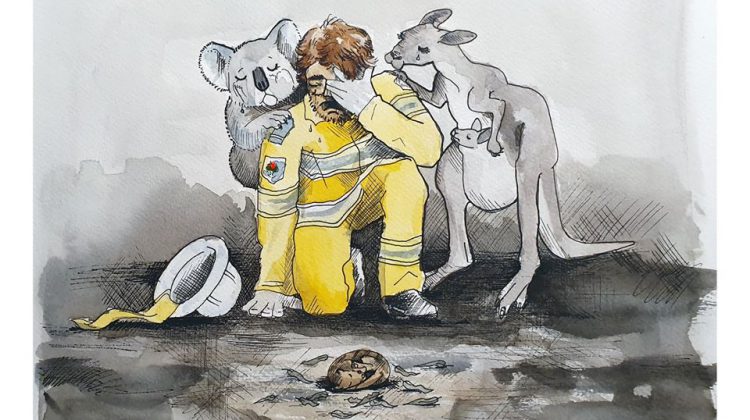 A Vancouver Island woman is taking a hands-on approach to helping animals in fire-ravaged Australia.

Cumberland resident Jennifer Mineault is knitting supplies for animals affected by the bushfires.

Mineault said she’s been sewing nests and joey pouches until her “fingers are numb,” adding that there are many fibre artists who are chipping in for the cause.

“(I’m) just trying to do my part and help them out,” said Mineault. “There is a huge need right now.”

University of Sydney professor, Christopher Dickman, estimates that more than 800 million animals have been killed in bushfires in New South Wales, with a national impact of more than one billion animals.

Locally, you can help Mineault’s efforts by donating fabric.

“Sheets, cotton, flannel, anything like that would be fantastic,” Letourneau said. “Sewing supplies like thread would really even be appreciated at this point. All of us are really working hard and doing the sewing, it’s just getting the fabric.”

A GoFundMe page has also been set up to help pay for shipping. Mineault said shipping is going to cost at least $100 per box.

She is also the first hub in Canada because the organization that’s organizing the charity drive is based out of the U.S.

Mineault came across the group on Facebook and felt compelled to help.

“They were crafters donating things that they had sewn towards helping out with the animals in Australia,” she said. “So the group is called American Rescue Crafters Connect, an awesome group of girls that just had put this together, and they’ve just been so welcoming to me.”

She added that she wants to do her part to help the animals in Australia.

“I have the time and there’s not much I feel like I can do to help, but this, at least it’s something, right? If we all do something, they’re going to get what they need,” she said.