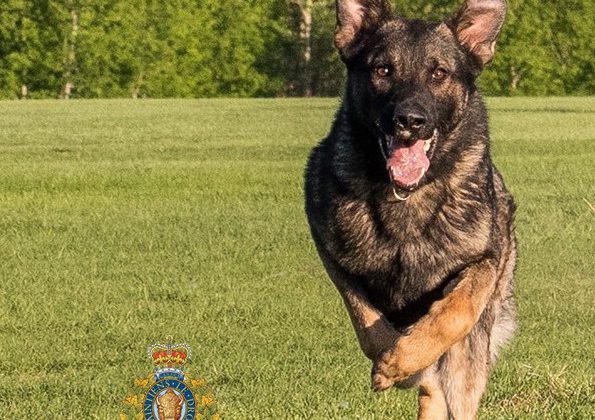 Hammer the police dog. (Supplied by the Comox Valley RCMP)

A man is in jail after being caught breaking into a shed in Courtenay.

On Tuesday, the Comox Valley RCMP received a call from a resident reporting that they believed their shed had been broken into and that the suspect might still be inside.

RCMP officers and Police Dog Services quickly went to the area and  found a man standing near the shed.

Police Services Dog, Hammer,  sprung into action when the suspect decided to run from police.

“It didn’t take long for Hammer to catch up to the suspect,” said Comox Valley RCMP media relations officer, Const. Monika Terragni. “The suspect was taken into police custody where he was held to appear in court in the morning.”

Graham Arthur Earle, 27, was charged with mischief and has since been convicted and sentenced to 14 days in custody and one year of probation.