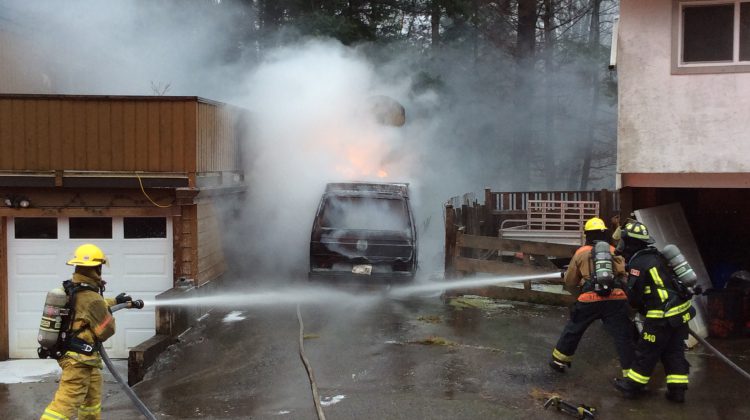 Comox firefighters responded quickly and were able to contain a vehicle fire Sunday afternoon. (Provided by The Comox Fire Department)

A quick response from the Comox Fire Department has helped save two homes after a vehicle fire.

Crews received the call yesterday afternoon and the department sent its rapid intervention vehicle with four crew members, which arrived in less than four minutes.

That crew was able to protect the two homes in between the van and hold the fire until two larger fire engines could arrive.

Fire Chief Gord Schreiner says the rapid response vehicle most likely helped save the nearby houses.

“Using a smaller vehicle with a smaller crew allows us to get the vehicle out the door faster providing quicker service and stabilizing problems until we can get the larger fire engines and crews there,” Schreiner said.

The van was destroyed by the fire, but the damage to the homes was minimal and limited to only the outside.