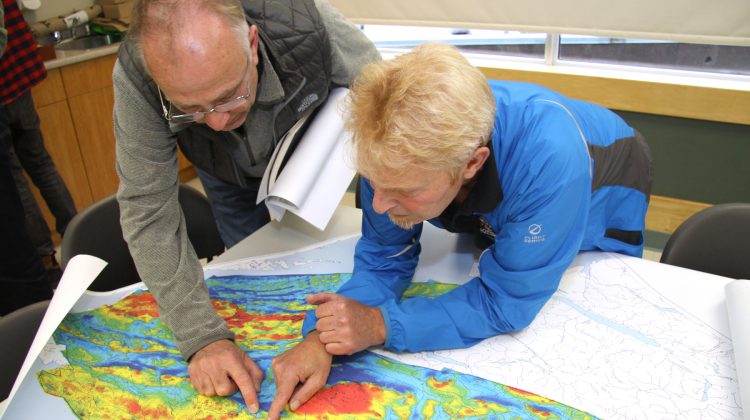 So says Geoscience BC, which released results from a geophysical survey of the area.

Data and maps from the Vancouver Island North Regional Project were published at the AME Roundup 2020 conference in Vancouver this morning.

The project’s geophysical survey was carried out by Precision GeoSurveys.

It collected information about the magnetic properties of the rocks below the ground and the radiometric properties of rocks and soils near the surface and covers approximately 20 percent of the island (or 6,127 square kilometres) stretching from Port McNeill in the north to Tahsis in the southwest. 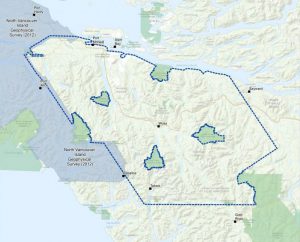 The airborne geophysical survey covered a 6,127 square kilometre area stretching from Port McNeill in the north to Tahsis in the south, covering portions of the Regional Districts of Strathcona and Mount Waddington. (Supplied by Geoscience BC)

Geoscience BC Vice President, Minerals, Christa Pellett said: “The new geophysical data from the Vancouver Island North Regional Project is the highest resolution regional data available for the area. It will focus the search for mineral deposits, and we are already hearing of new interest in mineral claims staking and investment in the area.”

Pellett added that the data is public, and experience from previous Geoscience BC minerals projects “shows that it will also prove useful to government, communities and Indigenous groups to focus on economic development and land-use planning.”

Geoscience BC will be sharing information during a pair of open houses next month: