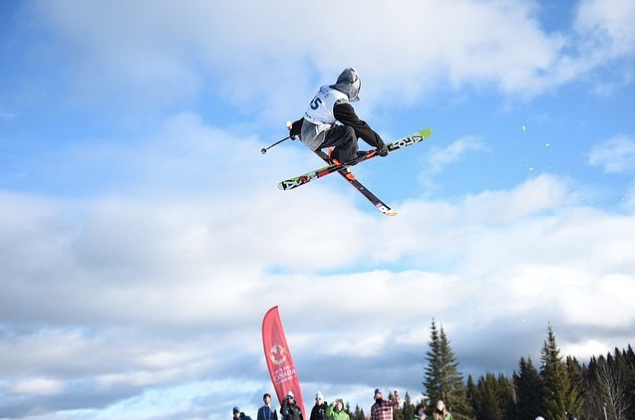 A Campbell River athlete is ready to soar at the X Games in Aspen, Colorado.

Freestyle skier Teal Harle is on the list of invited athletes heading to the games.

The 23-year-old will be looking for his first X Games medal.

He’s coming off a pair of impressive showings last month, including a silver medal at the big air freestyle World Cup in Beijing, China; and a bronze at the FIS World Cup Atlanta (big air).

He’s competed at the X Games twice before. He finished 17th in Slopestyle at last year’s event in Aspen.

Harle has deep roots on the Central Island.

In 2007, Harle heard about freestyle skiing and became hooked.

By 2009 he was competing in local events.

Although he came in dead last in his very first competition, Harle stuck with it, skiing with the Mount Washington Ski Club until he was 16.

Coming off of an outstanding 2014-15 season that saw him take two gold medals home from the Canada Games, win the Canada Cup, as well as a second-place finish at the Dumont Cup, Harle was named to the national team in the summer of 2015.

He put the tour on notice at the 2015 Dumont Cup when he was the story of the AFP platinum event.

Harle placed only one point behind X Games gold medallist and Olympian, Bobby Brown, with 90.6 points.

His run placed him ahead of third-place British skier, James Woods, who is also an X Games medallist.