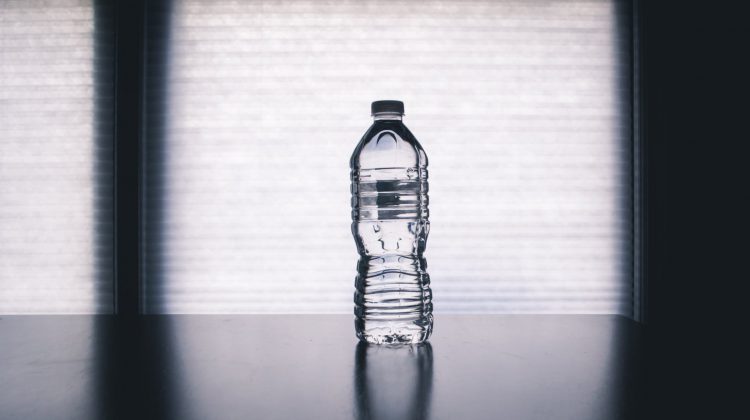 Bottle of water. (Photo by Steve Johnson from Pexels)

The province has a decision to make about future groundwater protection.

A UBCM resolution is in front of the B.C. government, right now.

Originally started by the Strathcona Regional District, it’s asking for the province ‘to cease the licensing and extraction of groundwater for commercial water bottling and/or bulk water exports from aquifers.’

Merville Water Guardians founder, Bruce Gibbons, figures a decision from the province on whether or not to support the resolution, should come down “in the coming weeks.”

That’s why he said the upcoming decision is “huge.”

“When we look around the world at what’s happening with water supplies in California and the mid west of the United States, in areas across Canada, all around the world, water is becoming a huge issue,” Gibbons said.

He said climate change is putting stress on our existing supplies and we’re over pumping and over-using the water in our aquifers due to population growth.

“There are a number of reasons why our water is already under stress,” Gibbons said. “We don’t need to be having corporations pumping millions of litres out of those same aquifers and bottling and selling it for profit.”

Gibbons said we are at a critical juncture, “where our actions today will determine our water future.”

“The… B.C. government is utilizing the Water Sustainability Act to approve licences for the bottling and commercial sale of groundwater in all areas of our province,” he added.

“Local communities are fighting to conserve and protect their water resources for the benefit of their residents against corporate interests seeking to reap huge profits with minimal expense, bottling and selling groundwater from the aquifers of B.C.”

Gibbons said Canada’s bottled water is being shipped elsewhere: “Statistics Canada tells us that exports of bottled water from Canada, and primarily from B.C., have increased over 1,400 percent in the last decade. That’s a lot of our water leaving the country.”

He believes that we need to take a precautionary approach when it comes to groundwater.

“We have abundant water right now but we have to protect it for the future because we have no guarantee that those aquifers are going to continue to recharge and replenish as they have in the past,” Gibbons said.

The water guardians have successfully campaigned to stop a water bottling operation from extracting water from the Comox Valley shared aquifer, Gibbons said.

“We have also successfully lobbied for the communities of the Comox Valley to change their bylaws to prohibit the bottling of groundwater in their land use bylaws,” he added.

The guardians have also lobbied every one of the 53 member communities of the Association of Vancouver Island and Coastal Communities (AVICC) to support a resolution asking the provincial government to cease approving licences for the bottling and commercial sale or bulk export of groundwater.

The resolution passed unanimously at the AVICC convention last April.

It was then accepted for the agenda of the Union of BC Municipalities (UBCM) annual convention.

“We lobbied every councillor, mayor and director in each member community of the UBCM asking them to support the resolution,” Gibbons said.

B.C. residents sent over 34,000 emails to their mayors, councillors and regional district directors, asking them to support the resolution, which passed with a strong majority at the UBCM convention in September.

It’s now in the hands of the Forests Lands and Natural Resources Ministry for review and assessment and a decision on whether to take action to implement the resolution and amend the Water Sustainability Act to protect groundwater from commercial bottling.

According to Gibbons, in the fall of 2017, 80 percent of B.C.’s watersheds were in drought.

He added that in 2018 – the worst wildfire season on record – every single watershed was in drought during the late summer.

“In 2019, we saw level four droughts in parts of the province at a time of the season when our waters should be getting replenished by spring thaw and spring rains,” Gibbons said.

“The trend is becoming clear.”

The other aspect the province should take note of, Gibbons said, is how the water is packaged.

“It’s a huge problem. Single-use plastics are under scrutiny right now, and there’s a huge movement to stop it all around the world. So the government has this opportunity right now to protect our water, limit the amount of plastic going into the environment and do the right thing for the people of British Columbia. So it’s a huge decision that’s sitting in front of them right now, and we’re hoping they’ll see the light and do the right thing.”

Gibbons said the province has an opportunity to make changes to the Water Sustainability Act and protect our groundwater from bottling and commercial sale.

“It is time for the provincial government to take these issues seriously and to heed the call for action from all the member communities of the UBCM and the people of British Columbia who have shown their support for this action to protect our groundwater,” Gibbons said.

“Will the provincial government listen and take action? The people of B.C. need to add their voices to this call for the government to take action to protect our water for the future, for our children and grandchildren.  It is time to act.”