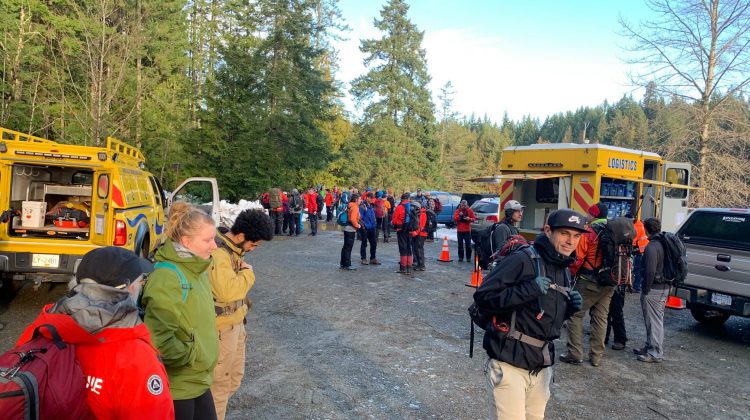 Some of the new recruits taking part in the CVGSAR Familiarization Hike Saturday( Photo provided by CVGSAR, Facebook)

The Comox Valley Ground Search and Rescue is in the process of training some new members who are eager to join the team.

The new recruits took part in a hike over the weekend to see what outdoor skills they have, and to familiarize them with the forest near the Comox Valley.

President of the CVGSAR, Paul Berry says this is the first time in four years the team is accepting new recruits.

“We had a very stable team membership over the last four years but just in the last six months or so we had a lot of people who for work reasons and having new families had to step back, and it was time to start to add new blood to the team,” says Berry.

He added that they are also looking to switch up the diversity of the new team as well.

Once the applicants are narrowed down to around 20 or so, Berry says they will be put through the training course which runs from February until the end of May.

To learn more about the Comox Valley Ground Search and Rescue and the missions it participates in, visit its Facebook page.