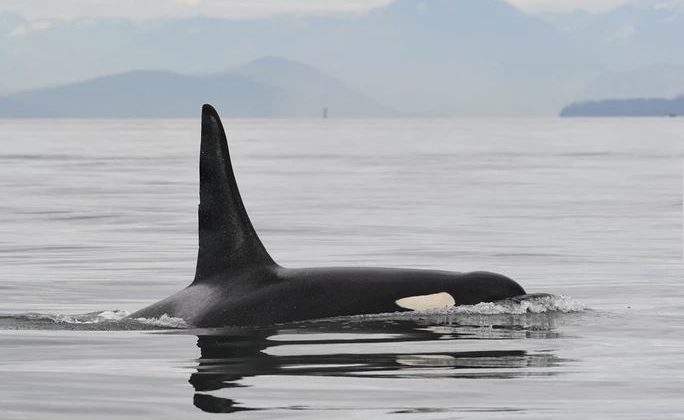 The Washington State-based Center for Whale Research reports that L41 was last seen on Aug. 11, 2019.

It’s feared that the 43-year-old male, also known as Mega, is dead.

If he remains missing, it will drop the Southern Resident Killer Whale population to 72.

The centre’s founder and senior scientist, Ken Balcomb, said when L41 reached social maturity in his early 20s around 1997, he began to father babies.

“And, he became the champion male breeder in the SRKW population with 14 known offspring that survive to this day in all three pods,” Balcomb said.

Balcomb said the centre will greatly miss L41 as an important breeder and as a prominent indicator of the L12 subgroup that now rarely ventures into the Salish Sea.

He added that, “we are hopeful that L41 is alive somewhere and returns to the subgroup, but he did live to a ripe old age and fathered more baby whales than any other whale in the community.”