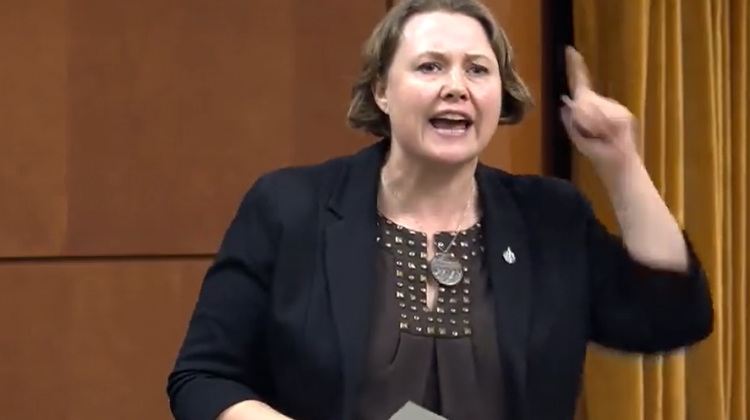 The NDP says new information from Veterans Affairs Canada shows the Liberal government is “refusing to deliver the funding and services Canadian veterans need and are owed.”

During Question Period today at the House of Commons, Blaney pointed out that in 2018, an NDP motion received unanimous support to automatically carry forward unspent dollars for veterans to the next fiscal year.

“Not only did this not happen, the total money budgeted went down $127 million and at the end of the fiscal year, there was still over $100 million sitting on the table,” Blaney said. “This is happening while veterans are struggling every day to get their needs met.”

Blaney, who is the NDP Critic for Veterans, said the numbers prove that “the Liberals took hundreds of millions of dollars that were owed to veterans and slipped it back into their own bottom line.”

“The Liberals have allowed nearly $500 million to lapse at VAC since they came to power in 2015. That money could and should have been used to clear the backlog at the department, improve service delivery, and help our veterans,” she said.

“The Liberals’ failure to meet the needs of veterans and their repeated refusal to deliver the funding promised in the budget is unacceptable.”

At the same time, she said, the department is facing a staggering backlog of disability claim files and is failing on more than half of their own service standards.

“I consistently hear from veterans who are frustrated with the department because they’re being told to wait months, sometimes years, for a decision on their case,” Blaney said. “While the Liberals withhold the funding, case managers are burning out under unmanageable workloads and the veterans they care for are being left frustrated and unsupported. If the Liberals actually delivered on their commitments, more staff could be hired and cases could be processed faster.”