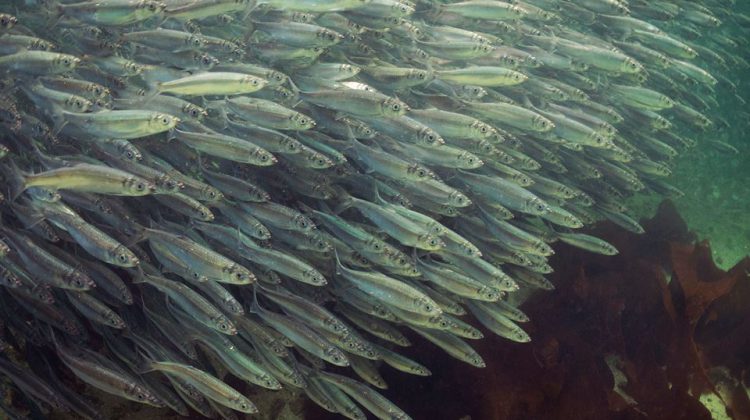 Conservation groups continue to push for a moratorium on the Salish Sea herring fishery.

This, after the DFO set a 20 per cent quota last week.

Those opposed to the fishery say the DFO has “just implemented a management plan which may ensure a further collapse of B.C. herring.”

A release from Pacific Wild and Conservancy Hornby Island says that herring in the Strait of Georgia has dwindled by 60 percent in the last four years.

Pacific Wild executive director, Ian McAllister, said that herring populations are in a state of collapse throughout the Pacific Northwest.

“That’s why every commercial fishery now, from California to Alaska, has been shut down except for the Salish Sea fishery,” McAllister said.

“The fishery off of Denman (Island) and Hornby Island is the last sac roe fishery happening off of the B.C. Coast. There is significant concern about that population and it’s one of the reasons why so many community groups, individuals, businesses, politicians, and First Nations are asking the DFO to place a moratorium on it.”

The groups say that the last of five commercial herring fisheries regions on the West Coast of B.C. is “on course to succumb to overfishing and mismanagement, owing to a 20 percent quota set by DFO and approved on January 29th, in a move seen widely by conservationists as a successful push by the industrial fishing lobby.”

McAllister said the fishery is targeting older herring. This, he added, is altering the composition of the herring population when it comes to age class and size.

“The fish are now smaller, they’re younger, and showing all signs of overfishing. So if there was a moratorium placed on the fishery, it would allow time hopefully for those populations to rebuild, to recover, and to achieve a more natural population of herring so that the older herring can come back.”

The groups claim that the DFO’s “optimistic outlook and inflated prediction for 2019 have led to higher percentage catches than the 20 percent quota, as stock assessments are adjusted after the fishery when the percentage allowable has already been caught.”

The Fisheries Ministry has again allowed the 20 percent quota to remain in effect for 2020, a quota that the groups say “remains unchanged since 1983.”

Scott also pointed out that hundreds have sent letters to the Fisheries Minister, and representatives of the 13 Islands Trust unanimously passed a resolution to close the herring fishery.

“Is the Minister listening?” Scott asked.

The groups say that First Nations members from around the Strait of Georgia are demanding a moratorium including The W̱SÁNEĆ Leadership Council, representing Tsartlip, Tsawout and Tseycum First Nations, which delivered a letter to Fisheries Minister, Bernadette Jordan, which stated, “The continued operation of commercial herring fisheries is in direct violation of the W̱SÁNEĆ Douglas Treaty right to carry on our fisheries as formerly.”

Locky Maclean, a resident of Hornby Island where the last herring spawn in the Salish Sea occurs each March, said that “the only sensible thing for Minister Bernadette Jordan to do right now is put a moratorium in place immediately. The future of the Salish Sea is at stake, an entire ecosystem hangs in the balance, and the industrial fishing lobby should not be calling the shots.”

We have reached out to the DFO for a response.