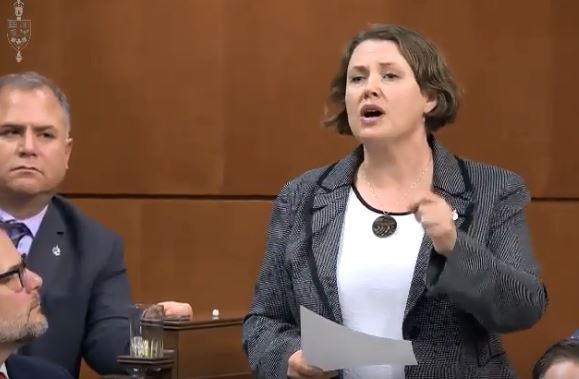 Blaney, who is the NDP Critic for Veterans,  recently pointed out that in 2018, an NDP motion received unanimous support to automatically carry forward unspent dollars for veterans to the next fiscal year.

During Question Period yesterday, Blaney drove her point home, that the government “short-changed veterans” to the tune of $381 million.

“While the department is facing staggering backlogs of disability claims and failing on more than half of their service standards, veterans are struggling to get their basic needs met.”

Blaney asked why the government is “breaking promises to our veterans.”

Minister of Veterans Affairs, Lawrence MacAulay, responded by saying that benefits are “demand-driven.”

Blaney said the Liberals have allowed nearly $500 million to lapse at VAC since they came to power in 2015.