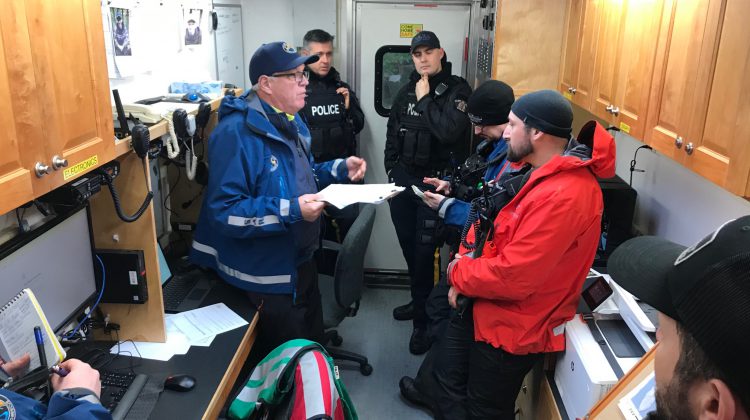 Both Campbell RIver and Comox Valley Search and Rescue teams have joined the investigation to find Michael Gazetas who has been missing since Jan.31st(Photo provided by CVGSAR, Facebook)

Tim Strange, Search Manager with the Campbell River team says so far teams haven’t been able to find anything.

“We’ve had teams out both Saturday all day long and Sunday till dusk and so far nothing has been found but were still driving all the roads that we could get to that are accessible given the road conditions and snow conditions.”

Strange adds that crews are searching the area between Gold River and Campbell River because of a video they had seen.

“The reason were focusing on the Highway 28 corridor is because there were some images of his truck passing a certain location going west on Highway 28 and so that became the focus of the investigation because prior to that the private search had been canvasing all of Vancouver Island right from Victoria all the way up to Cape Scott,” Strange says.

“We have this video footage of the truck passing a certain location on Highway 28. That’s what has narrowed it down for us, but we are still dealing with a huge area.”

Multiple aircraft are actively involved in the search this weekend as well with one of them being charted by Campbell River Search and Rescue Strange says.

“We have two fixed-wing aircraft that were in the air all day yesterday and are in the air today and then two helicopters, one charted by the private individuals that have been looking for this fellow for the past week, and then another helicopter chartered by us that is up in the air for about 3 hours today.”

Michael Gazetas was last seen leaving his house in a red Ford Ranger pick-up truck, with the license plate HX 4109.

He was wearing a hat and a patterned red and blue wool poncho over a black shirt and vest.