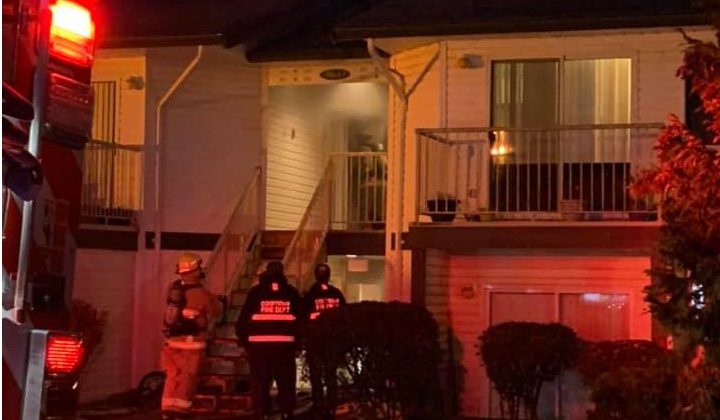 The Comox Valley RCMP is looking for witnesses after a fire on Back Road was intentionally set.

Deputy Fire Chief Kurt Macdonald says it was a small fire on the stairwell, and crews put it out rather quickly.

“Upon arrival, crews found a small fire on a second-floor landing which they quickly extinguished. The fire was pretty much contained to a carpeted area in the landing with non-significant damage done to the building.”

Sue Bates lives in the apartment complex. She says one of her neighbours saw someone in the stairway just before the fire started.

“Another neighbour saw somebody as they came home from work come out of the little top cubby and hid their face, and the alarm went off soon after then.” 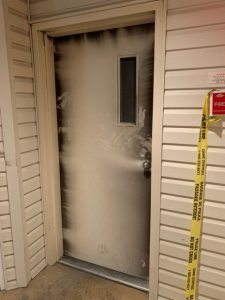 The RCMP says that person is believed to be a young man and he was seen running from the area towards Ryan Road. Police say he may have been wearing a black hoodie and was covering up his face.