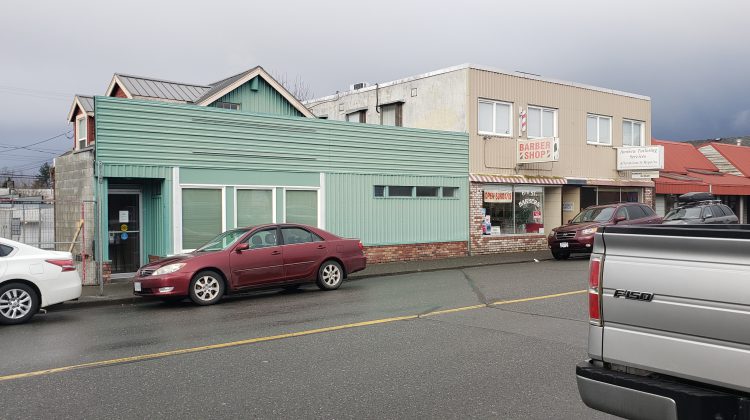 AVI's office in Courtenay will be closing at the end of March. (Taken by Jon Gauthier, MyComoxValleynow.com staff)

The Overdose Prevention site operated by Aids Vancouver Island in Courtenay will be closing permanently on March 31st.

AVI has operated the facility since March 2017 and because no contract will be awarded this year to the organization, it will be closing its site on 6th Street.

As a result of the closure, AVI says it will no longer be able to provide any supervised injection and overdose response services.

“There’s definitely a sense of loss in and almost grief in our office right now. Just around the loss of the service and a lot of genuine fear that our clients will die. It’s hard to sit with that possibility because it is highly likely.”

She added that the team is working on making sure the people who won’t be able to use the site in April are prepared.

“As of right now what were really working on is safety planning with people who have been assessing the OPS and just trying to divide strategies that they can use to keep themselves safe if there is not an OPS available in the Comox Valley. That’s a primary focus right now is just making sure that people are connected to services, have safety plans in place so that they can stay safe,” Hancock added.

One of the biggest downsides of the closure is that services won’t be available 24/7.

Instead, AVI says its harm reduction distribution, collection, and education will be only available during office hours Monday to Thursday 9:00am-4:00pm and 11:00am-3:00pm on Fridays.

Hancock adds that the closure of an OPS site is going to affect everyone, whether they know it or not.

“Not only does an OPS literally save lives in the event of an overdose but it also acts as a really integral piece of a referral pathway. It’s a space where people can also have conversations and get referrals to other substance use support such as treatment and detox, intensive case management services, treatment for HIV or Hep C.”

The Vancouver Island Health Authority(VIHA) says once the OPS site in Courtenay is closed, “other plans will be made” regarding overdose prevention in the valley.

We have reached out to VIHA and have set up an interview regarding those specific plans at a future date.

To learn more about the Overdose Prevention Site in Courtenay, and its closure visit Aids Vancouver Island’s website.