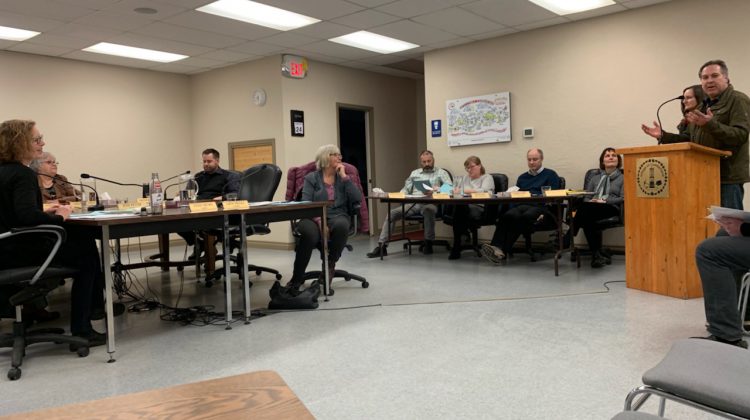 He explains that after years of doing the red dress campaign the consensus was that they needed to try something else.

“After we were approached the fourth year of this install(of the red dress campaign) we realized that it’s probably not something that we want to do for the next 30 years so we thought we would do this as our final year last year.”

The society plans to create a 20-foot totem pole somewhere in the valley to honour the murdered and missing Indigenous women in the Comox Valley and North Vancouver Island.

Everson says the pole is a great way to honour the women and girls, while also educating the community.

“This totem pole will be a focal point and more than that it will be an educational tool for the community members and for the school system.”

“On the base of the totem pole, we have already discussed having plaques on there for families of missing and murdered Indigenous women and girls so that every year when we come together to honour our murdered and missing Indigenous women and girls throughout Canada we can have those families come to us and ask if they can have their loved ones names placed on this memorial pole,” added Everson.

A documentary for the project will also be created and given to the local school district to help teach students about the missing and murdered women and girls.

Everson says the Kumugwe Cultural Society has asked for $60,000 from the Canada of the Arts Council and the group will hear back by the end of March if they get the funding or not.

He added that the society is asking for $5,000 from Comox, Courtenay, Cumberland and the Comox Valley Regional District to help make the project a reality.