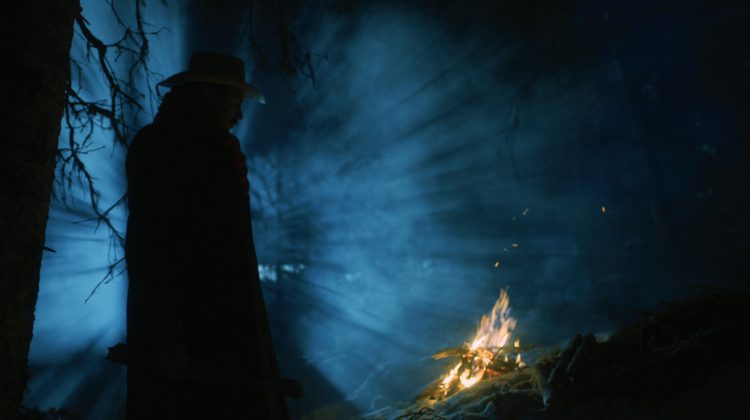 If you’re looking for a period piece set in a harsh winter landscape, then Shadow Trap could be for you.

Set in 1908, Shadow Trap is based on the legend of Indigenous outlaw Simon Gunanoot and one man’s dogged pursuit of him.

Gunanoot became the focus of the longest manhunt in Canadian history, from 1909 to 1919.

The film was shown at the Tidemark Theatre this past Tuesday as part of the Campbell River Festival of Film.

In April, it will be launching across the country on Crave TV.

“We’re working on organizing some screenings across Northern B.C. in the next couple of months, and there’ll be also another big screening and discussion about the film and the story behind it in Vancouver, but we have a fairly limited amount of public screenings at this point, just because we have this upcoming launch on TV and streaming platform,” said Gillis, who produced, co-directed, and co-wrote the film.

Meanwhile, Gillis said he’s really happy with the finished product: “It was a scramble working in those cold conditions with dogs and costumes and period kind of settings, to do the actual production. It was a challenge but it was a blast. Everybody rolled up their sleeves and bought into it, in spite of those challenging conditions.”

Shadow Trap was filmed a year ago in the mountains and trails of Barkerville, B.C.

The cast and crew of about 35 people braved -30 degree weather, sometimes colder on some days, which Gillis said: “added to the realism of the project.”

Because the film is set in the early 20th century, Gillis said Barkerville, a historic town with more than 125 heritage buildings, was an ideal location.

“It was a good fit for us,” he added. “There were also several dog teams and mushers close by that were able to transport their dogs to the set. We had period sleds. We had one that was an old Hudson Bay sled that was sort of a vintage set that fit the period.”

Another was built from scratch to look like a Klondike-style sled.

Gillis said the weather was also a determining factor: “It still has a pretty predictable snowfall in the winter and it needed to look like winter. That was another thing we were kind of looking at, all the snow charts around the province to see where we had a good chance of getting a nice, wintery look, and we ended up getting it there in spades.”

He said they used large propane heat cannons to try to disguise the white puffs of air coming from the characters’ breaths but to no avail.

“In the end it actually benefited the feeling of the piece and made it feel extra cold,” Gillis said.

“I’ve produced lots of documentary films and this is my first narrative film,” he said.

You can check out the film’s website at Shadowtrap.ca.