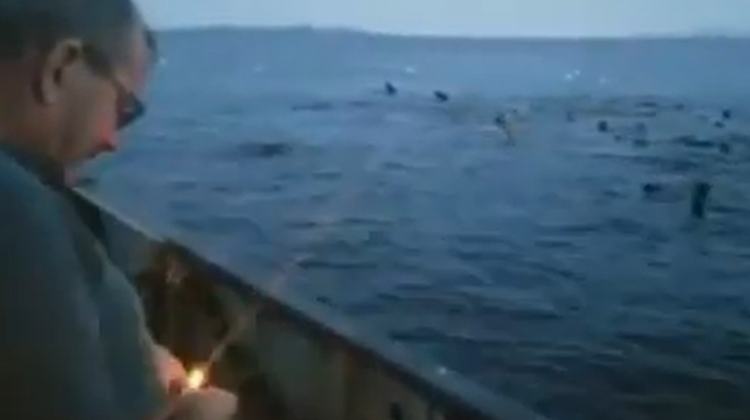 A fisherman is facing charges for tossing an explosive at sea lions near Hornby Island.

A video surfaced last March showing Allan Marsden throwing a ‘bear banger’ towards the animals near a fishing boat.

Fisheries and Oceans Canada has confirmed that Marsden is being charged with three counts under the Fisheries Act and Explosives Act for tossing the small, explosive device.

Marsden told Vista Radio at the time, that he doesn’t have any issues with throwing ‘bear bangers’ at sea lions.

He said the video was recorded as the herring boat was trying to get a test sample for the fishery.

Marsden added that the vessel had been surrounded by sea lions, and the action in the video was an attempt to make them leave.

“Before we set, I threw it to see how long it would take for the sea lions before they would come back to the boat, and it didn’t take very long for them to get back, to before (he) put the banger in,” said Marsden.

He said that the sea lions had been preventing the test from getting done, and the fishermen from doing their jobs.

The video was posted to the Facebook page of the Pacific Balance Pinnipeds Society (PBPS).

Marsden is scheduled to appear in a Courtenay courtroom on March 26.