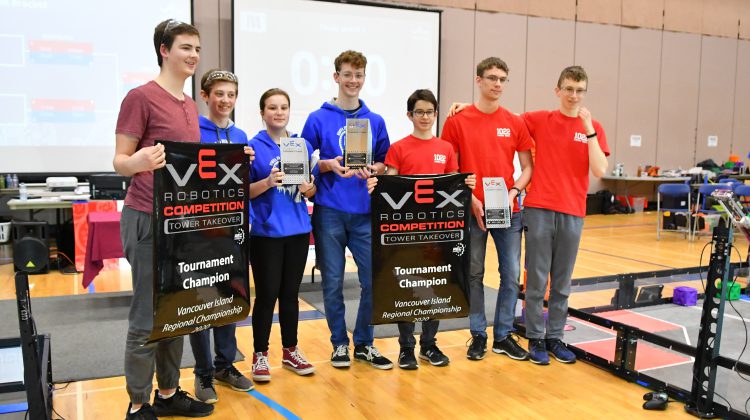 A Comox Valley robotics team has qualified to compete in a robotics world championship.

Students from Mark R. Isfeld Secondary School, along with a team from Victoria, finished in first place at the Vancouver Island Regional Tournament.

That win qualifies them for the VEX Robotics World Championships in Louisville, Kentucky.

Emalee Box, Kyle LeBlanc, AJ Grey, and Evan Claassen, were the students behind the winning Isfeld 1136A team.

It’s the first time members on and island winning team will advance beyond the provincial level to represent Vancouver Island on the world stage.

“It was an absolutely fantastic event. Our region and the Island have produced some brilliant
engineering and robotics students over the years that have been very competitive on the national and world stage,” says Claassen.

The teams have one and a half months to prepare for the world tournament down in Kentucky from April 22nd to 28th.