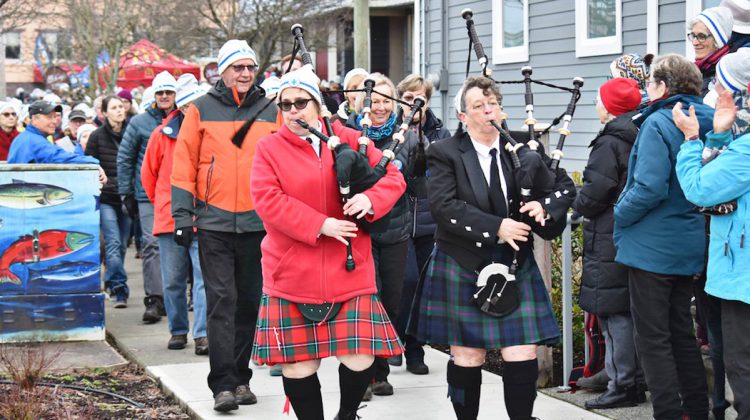 The Comox Valley Coldest Night of the Year is once again a success.

Resource Development Director with the Comox Valley Transition Society, Michelle Vanderwoude says the weather for the walk was amazing, and the support from everyone in the community was unbelievable.

“It was a fantastic night, last year was terribly cold and rainy so it was wonderful to have a clear evening. It was cool but not freezing cold. It was just perfect weather, a perfect evening for that kind of event.”

“It’s impressive, it’s like nothing I’ve ever seen before and it’s wonderful and amazing and we are so grateful for everyone’s support. We couldn’t do this without the support from such a tremendous community.”

The valley finished third overall in the province for the amount of money raised, only coming behind Surrey and Whiterock.

Vanderwoude says being able to raise as much as those larger communities shows just how great people in the Comox Valley are.

“It’s a fantastic feeling, especially knowing the community cares so much about helping people here in the Comox Valley who need it most. The fundraising efforts were really outstanding.”

“When you think about the size of our small little valley, we may be small but we are mighty.”

Vanderwoude adds that close to 500 people took part in the 5th annual walk, including 58 teams.

The final fundraising numbers won’t be complete until the end of March because the organization has to tally up the cash and cheque donations.