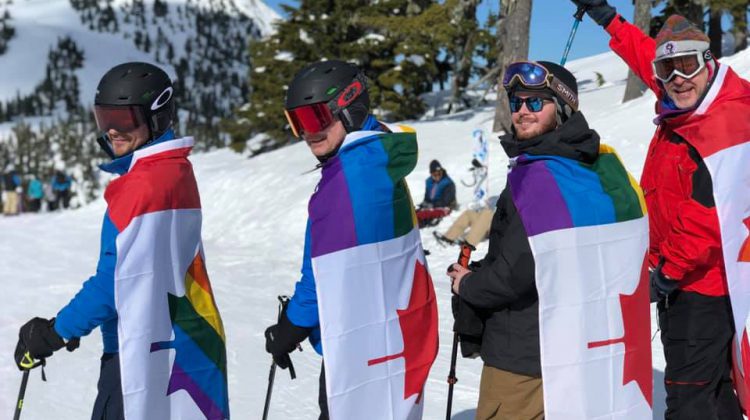 The pride flag rode high on Mount Washington last weekend as many hit the slopes all in support of gender and sexual diversity.

Executive Producer Dean Nelson says it was “wonderful” to see so many members of the LGBTQ2S+ community out celebrating and enjoying themselves.

“For many, this was their first pride event. People felt safe to be themselves, connected authentically with their community and gave generously.”

Nelson is “beaming with pride” to see over $1200 was raised at the Talent and Karaoke Show, Charity Ski Race and Drag Bingo with drag-diva Conni Smudge.

Jennifer Corbett, programming lead for the group, is grateful to everyone that opened their wallets and donated.

“We were thrilled to see such a large involvement from so many sponsors and proud to see the event hosted at our very own Mount Washington. This was the first pride event for many of the youth in our group and their smiles were priceless. This experience and the donations received will bring many more smiles to come.”

Registration for this year’s Pride Weekend was up 300 per cent over last year.

Organizers say the festival is growing as word continues to get out that there is an alternative to mainland LGBTQ2S+ winter sports events.