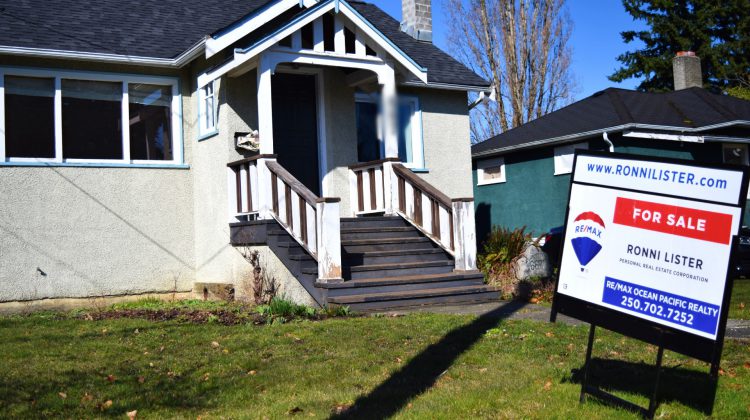 The Regional Housing Needs Report shows that there aren't many affordable housing options in the Comox Valley( Photo by Jon Gauthier, MyComoxValleyNow.com)

The Comox Valley has less availability when it comes to affordable housing.

Neil Lovitt and Sarah Ravlic were two of the consultants for The Comox Valley Regional District Housing Needs Project Report and they shared their findings with the Village of Cumberland earlier this week.

The report also included a community engagement survey, which had responses from people who wanted to share their issues with housing.

Neil Lovitt says residents of Cumberland, like both Courtenay and Comox, are feeling the effect of the high cost of living.

“As we analyze housing affordability, like many of the jurisdictions that we’ve looked at, the median household income cannot reasonably afford the median single-family house price.”

He says affordable housing costs are measured based on residents spending no more than 30 per cent before-tax of their income on somewhere to live. He adds that it doesn’t mean families are struggling a lot, just that “they’re having to stretch a bit more” because their housing “doesn’t meet that affordability standard.”

He added that about 20 per cent of residents in Cumberland are in an unaffordable housing situation.

Lovitt says Cumberland and other rural areas don’t have enough people to record data on vacancy rates, but the Comox Valley as a whole doesn’t have that many units available for renters.

“Vacancy rates in the combined town of Comox and City of Courtenay, even going back seven years from the data that’s available has been consistently quite low. It’s never really been what we classify as a ‘healthy vacancy’ between the three and five per cent over that time period. It always has been a challenge, but the longer-term trend is slowly more difficult over time,” says Lovitt.

The other consultant, Sarah Ravlic, shared the responses from the community engagement survey.

She says the most staggering and most prevalent theme was working individuals who felt like they are unable to access the housing market.

Ravlic says someone wrote, “When I graduate I don’t even know if a full-time nurse wage will pay for housing. Places that aren’t a tiny sublet with absolutely strict conditions are $1800 a month with no utilities. I want to save. I want to own a house someday. I want to have a life.”

Ravlic added “Folks feel like they are contributing to the community, they have a good job, but the housing is not here for them to stay and be in a secure position.”

Another concerning thing from the community survey Ravlic says is when people were asked if housing affordability and housing insecurity were forcing them to consider moving out of the community.

Of the respondents, 25 per cent said they would consider moving due to the cost of housing.

Village of Cumberland councillor Jesse Ketler says that number was something the village didn’t expect.

“It’s a pretty shocking number that a quarter of our population are feeling pressured that they have to move out. I don’t know how we address it, I’m on the affordability committee and we’ve been looking at all sorts of ways that other communities are doing it but it certainly is a challenge.”

A final version of the housing needs report for the Comox Valley Regional District is expected to be shown at a public forum happening April 1st at the CVRD offices in Courtenay.