Warmup in forecast after chilly start to spring 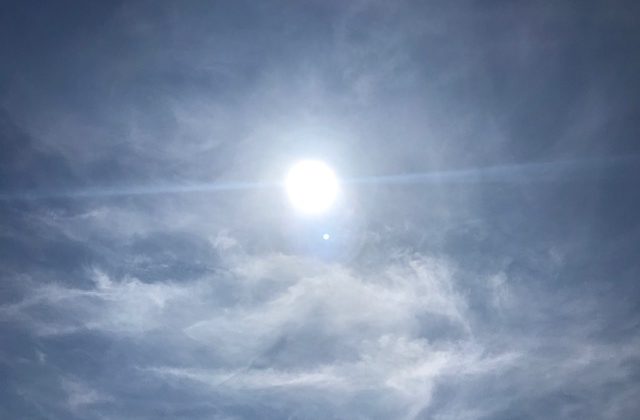 Sunny skies and above average temperatures are in the forecast. (Vista stock photo)

Spring has arrived, for the next few days at least.

While it’s expected to be warmer than normal, heat records for this time of the year appear to be safe.

Environment Canada meteorologist Armel Castellan said that in Port Hardy, the record high for tomorrow (April 7) is 21.4 degrees Celsius, set back in 2016.

He doesn’t expect the mercury to rise anywhere near that high in the mid and northern parts of the island, especially with unsettled weather right around the corner.

“Yes, we’re certainly going to certainly see some nice weather but there is a very weak frontal system that is going to affect particularly Port Hardy, and the timing is essentially later in the week, so we’re talking about Thursday into Friday, so there’s probably going to be some showers there,” Castellan said.

On the other end of the scale, we’ve seen cold records fall on the northern tip.

It dipped to 3.4 degrees below zero in Port Hardy early Sunday morning, making it the coldest April 5th on record.

It was the sixth coldest March on record for the city, dating back to 1959.

Moving into the rest of this week, the region will likely see high temperatures climb into the mid-teens, Castellan said.

“It’s been a particularly cool start to spring but we are going to see this week  (temperatures) bounce back and be in that four, five, maybe even six degrees warmer than normal in some interior locations on the island,” he said.

The bigger weather story, Castellan said, was just how dry it was in March.

A late pulse of rain to end last month helped it from becoming the driest month on record in many places.

The Comox Valley only saw 40.5 percent of its normal rainfall for March.

“Normally 106 millimetres would fall of snow and rain and you only saw 43, so that’s the eighth driest March on record in Comox and that goes back to 1915 and Campbell River only saw 33.8 percent of normal rain,” Castellan said.