Vandalism at the Comox Dam! 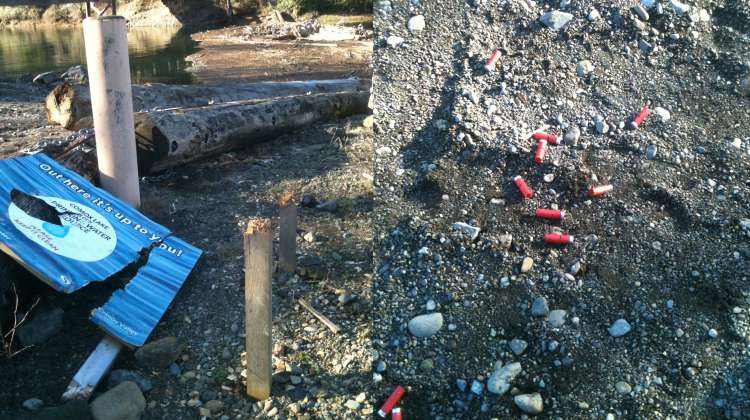 Shooting and taking down signs. Placing fuel on the ground and lighting it up.

Those are some of the examples of recent acts of vandalism that have plagued the Comox Dam.

The activity has BC Hydro and the Comox Valley Regional District concerned.

BC Hydro rep Stephen Watson touches on those acts and others that have plagued the dam recently.

He says it’s very concerning for BC Hydro.

Goat News asked Watson what BC Hydro’s doing about this.

He adds that BC Hydro’s received some tips about vandalism, and forwarded those along to the RCMP.

If you spot any suspicious activity or witness acts of vandalism around the dam, contact the local RCMP.