No injuries after fire on Forbidden Plateau destroys cabin 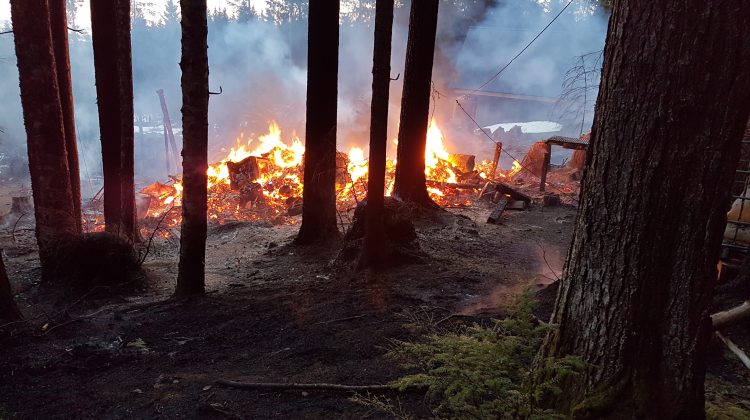 The fire broke out around 3:00am Friday morning. Both BC Wildfire and Courtenay Fire crews were called to the scene. (Photo provided by the BC Wildfire Service.)

There are no injuries following a fire on Forbidden Plateau Road.

It happened early Friday morning at a cabin located close to the former ski resort.

Fire Information Officer for the Coastal Fire Centre, Dorthe Jakobsen said BC Wildfire crews worked together with the Courtenay Fire Department to battle the blaze.

“The BC Wildfire service attended, we had an officer and a three-person crew on-site as well as the Courtenay Fire Department.”

She added that there were people inside at the time of the fire, but they made it out safely.

Reports suggest the cabin has been on Forbidden Plateau since the late 1960s or early 1970s and unfortunately, was reduced to a pile of ashes.

Jakobsen says the Coastal Fire Service will have a crew in the area to make sure the fire doesn’t spark back up again.

“Sometimes these things can fester underground and kickoff again so we will patrol it and make sure that it stays out.”