Eagle with shotgun pellets in its skull euthanized 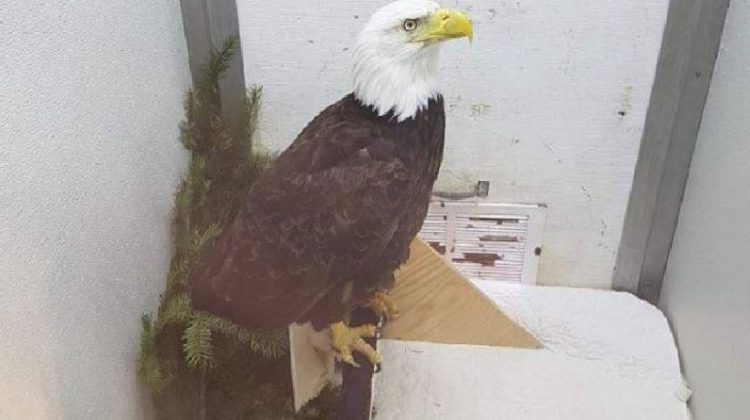 Staff at the MARS Wildlife Rescue Centre found two shotgun pellets lodged in its skull, including one behind its eye. After three weeks at the centre, the eagle was euthanized on Saturday (Supplied by Gyl Andersen)

It’s a tragic and unnecessary end for a female eagle in Merville.

Staff at the MARS Wildlife Rescue Centre found two shotgun pellets lodged in its skull, including one behind its eye.

After three weeks at the centre, the eagle was euthanized on Saturday.

Assistant manager of wildlife rehabilitation, Kiersten Shyian, is at a loss as to why someone would shoot an eagle.

“We’re always having eagles in with lead poisoning. This bird could have been a lot more lead-poisoned than she was because those pellets were in her, but, we just want to raise awareness on what’s going on, that people are shooting these birds and obviously we don’t want them to do that,” Shyian said.

The discovery came after the bird was taken for radiographs, with help from Ontario-based wildlife veterinarian, Dr. Sherri Cox.

Dr. Cox was also able to diagnose a shoulder injury, as well.

The female eagle came to the Merville centre from Quadra Island on April 13th.

It was unable to fly and was showing signs of neurological damage.

“She was kind of walking funny, and her head was a little bit tilted, which normally means some sort of neurological damage,” Shyian said. 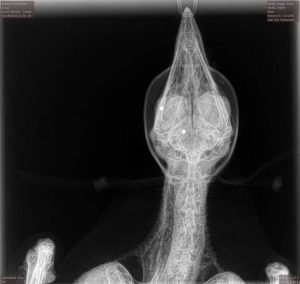 Staff decided to give it lead treatment and both anti-inflammatory drugs and antibiotics.

Even though the pellets were old, the bird was unable to fly due to the injury in its shoulder.

“We put her out on the flight pen, after she got all of her meds, and tried to chase her around a little bit and get her to fly but she just wasn’t flying, she wasn’t making any improvements, so, unfortunately, we did decide to euthanize her,” Shyian said.

She added that it was “really, really upsetting” to find the pellets on the x-ray: “It’s really irritating because we get eagles that are shot with things all the time and these birds are protected. We’re not supposed to be shooting at them but people seem to do it anyway.”

MARS posted on Facebook that these pellets were affecting this bird neurologically, and she was admitted with a brood patch.

“While the shoulder injury was irreparable, she was also negatively affected by the actions of the individual(s) who shot her,” the post said.

The brood patch indicates that it was either sitting on eggs or on chicks and left a nest behind.

“So she definitely was with babies which is really unfortunate,” Shyian said.

MARS is asking you to think before you shoot at animals, and to also consider donating to MARS so it can continue to provide treatment to animals affected by humans.