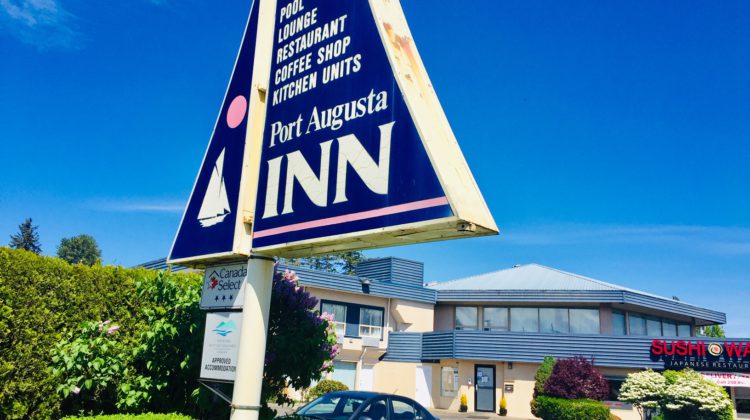 The Town of Comox says routine checks are going to be ramped up around the Port Augusta Inn.

This, after the town said it was “made aware of arrangements” between BC Housing, the Ministry of Poverty Reduction and Social Development, and the inn to house a small number of people as part of their COVID-19 response plan.

These measures are expected to be in place until the end of June.

In a release, the town said the RCMP and municipal staff “are aware of the situation and have increased routine checks in the vicinity.”

Mayor Russ Arnott said the town was advised by the RCMP that this was happening.

“Unfortunately we were not made aware by the ministry that this was going on,” Arnott added.

“We’d like to know what’s happening in the community. We feel that the tools are there to help the vulnerable in the community and I’m glad to see the Port Augusta (Inn) doing that. I have heard that the RCMP has had some increased calls in the area and they will be keeping an eye on the area.”

He reiterated that “we want to get the message out to people that this was not the town’s decision. This was something that was made at a higher level of government that we had no input on.”

Comox Valley RCMP spokesperson, Monika Terragni, says police are addressing these concerns, and that members “have been attending the area on a regular basis.”