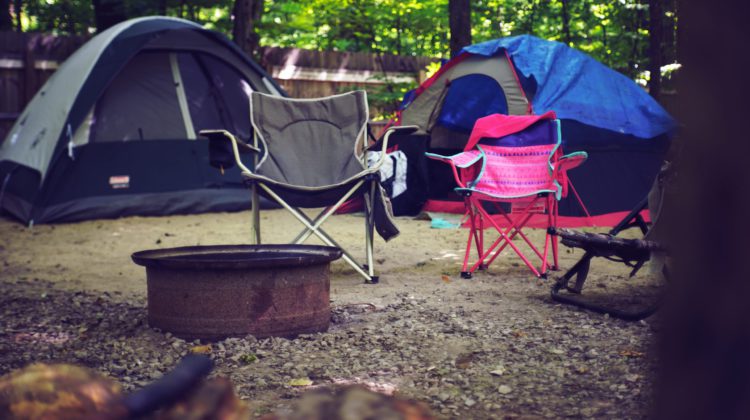 With camping season just around the corner, people are jumping at the chance to reserve a campsite.

This resulted in the BC Parks reservation system crashing not long after it opened this morning, due to the heavy demand for bookings.

Environment Minister George Heyman said the province expected there would be heavy traffic at the start.

“We do have some technical issues but lots of people are still getting through,” Heyman said.

He encourages you to keep trying.

Most provincial campgrounds and recreation sites open June 1st, along with more parks for day-use activities.

Heyman said that while this summer will be different than past ones, British Columbians are still eager to get out into nature.

“We heard a lot from people about wanting to keep B.C. parks access for British Columbians in this pandemic,” Heyman said. “People are worried about overwhelming small communities, but they want to have every option available.”

To ensure camping opportunities are available close to home during the summer, new reservations can only be made by B.C. residents.

Heyman said the decision was made in accordance with the Provincial Health Officer’s recommendation to avoid non-essential travel.

He pointed out that this is happening in other provinces, as well.

“We’ve seen other provinces – Alberta, Saskatchewan, Manitoba – have done the same thing, closing their parks to everyone but residents of that province, so it was an easy decision for us to make.”

Heyman believes the impact of losing out-of-province tourists will be softened by the number of British Columbians opting to do “stay-cations” this summer.

“We’re not leaving the province, either,” Heyman said, adding “it’s just not the time to give up the gains that we’ve made.”

You can now reserve a site two months in advance of your arrival date instead of four – a temporary measure to spread out the demand during the busy summer months.

The announcement about provincial campsites opening came two weeks after the province designated certain areas for day-use only. Heyman said the ministry wanted to do a phased approach, especially before the Victoria Day long weekend.

“Often with the May long weekend, it can be significant use of parks,” Heyman explained. “We weren’t yet set up to ensure that we had the sanitation procedures, the staff in place to handle overnight (visits), but we wanted to have a place for British Columbians to go, so we opened somewhere between 700 and 800 parks for day use. That was very well received, we have very few incidents, but we said from the beginning that we were going to open it for camping on June 1st and today is a big day on the way to that, was the opening of the reservation system.”

It will not be business as usual in some campgrounds.

To allow physical distancing, fewer sites will be available in some campgrounds, there may be some changes to services and communal facilities, and some campgrounds will open at a later date.

Hot springs, backcountry communal cabins and campgrounds that require visitors to use shared cooking facilities will remain temporarily closed, along with group campsites.

Heyman said the province is going to do its best to sanitize the high-touch areas and washrooms but he urges you to bring hand sanitizer along with you when you go camping.

Returning to some sense of normalcy after three months of self-isolation is welcome news to Heyman: “If I wasn’t able to leave my home and go for a walk every morning, it would be very difficult so opening the parks to people to be able to get that sense of normalcy, enjoy nature, enjoy the beauty of B.C. parks, get some exercise, spend time with their families is so important for both physical and emotional well-being.”

As part of the ongoing campsite expansion program, the province has also added 180 new campsites to BC Parks and recreation sites. Since 2017, more than 1,200 campsites have been added.

“COVID-19 changed a lot of our travel plans this summer, but camping locally in BC Parks or recreation sites might be the break you need,” said Joss Penny, chair of the Camping and RVing Coalition BC. “I welcome the news of 180 new campsites in provincial parks and recreation sites to boost capacity and to help ease some of the pressure of locating places to stay in high-demand locations.”

Most existing reservations for dates after June 1 will be honoured, so campsites in popular campgrounds may already be booked.

Some reservations may need to be cancelled due to reduced capacity at certain campgrounds. Those who are impacted will be advised of their cancelled bookings over the coming weeks.

A list of changes to campgrounds, as well as what’s open and not open, can be found on the BC Parks website.

On June 1, additional parks will reopen for day-use activities. Playgrounds, halls and picnic shelters remain closed in all provincial parks. The remaining parks that attract the largest crowds will only reopen when it is safe to do so, taking into consideration the safety of visitors and staff, impact on nearby communities and the protection of the environment.

To ensure parks stay open and safe for everyone, visitors are expected to follow physical distancing requirements and will need to manage their own safety.

If a park is too busy and physical distancing cannot be maintained, visitors using parks for day-use activities are asked to find another outdoor space to enjoy close to home.

Parks that remain temporarily closed are listed on the BC Parks website. People are advised to check the website often, as services and openings may change to align with the status of the COVID-19 response.