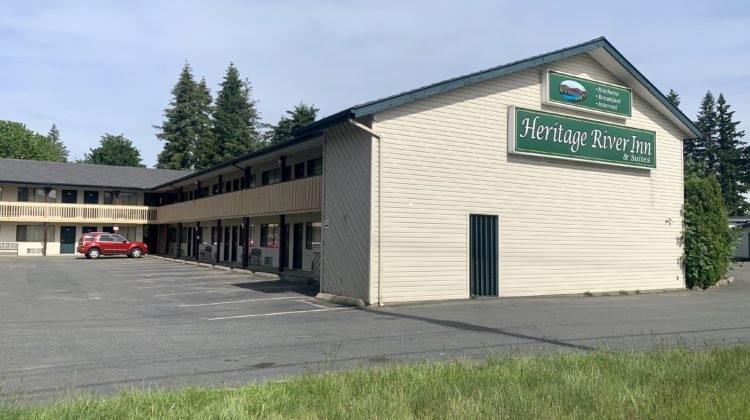 The province is helping out those displaced by the April fire at the Pacific West complex in Campbell River.

Through BC Housing, it has purchased the former Heritage River Inn on Highway 19 for $4.08 million.

“We know that finding affordable housing is challenging, even prior to the COVID-19 pandemic,” said Claire Trevena, MLA for North Island. “This purchase and resulting new units will provide security, stability and peace of mind for people in Campbell River who lost their homes during the April fire, while we continue to work with our partners to build more affordable housing for others in need of a place to call home.”

BC Housing is now able to provide 41 units of stable, long-term, affordable rental housing for low-income people displaced by the fire.

Over the past month, some of the former tenants have been able to find new housing, but the rest will soon begin moving into the former inn.

The building has a mix of one- and two-bedroom apartments, and all units are expected to be occupied in the coming weeks.

Since April, BC Housing has provided temporary housing at a downtown hotel and daily meals to people displaced by the fire.

“From the beginning, provincial resources and community social service agencies have been key in helping people feel safe and secure following the fire and the loss of their homes,” said Mayor Andy Adams. “With BC Housing purchasing this property and making affordable rental housing available to these people, some of the urgent need for shelter in Campbell River’s extremely limited rental market will be relieved.”

A service provider will be selected to operate the new site and oversee day-to-day management of the building while residents gradually start moving in over the coming weeks.

BC Housing may consider redeveloping the site in the future, but at this time does not have a proposal or timeline in place.

If that were to happen, BC Housing would engage the community and go through the municipal approval process.

The province says that “delivering affordable housing is a shared priority between government and the BC Green Party caucus, and is part of the Confidence and Supply Agreement.”