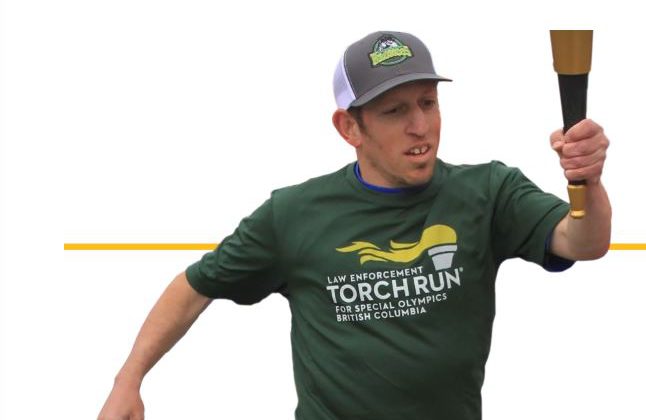 The BC Law Enforcement Torch Run has gone virtual.

From June 1st to 7th, RCMP members and their policing partners are trading their vests and boots for t-shirts and runners for the annual fundraiser.

This year will look a little different than previous ones.

Runners will be tracking their individual kilometres to raise awareness and funds for Special Olympics athletes across the province.

BC RCMP S/Sgt. Tom Norton has been involved in the run since 1990, when the Flame of Hope arrived in British Columbia for the very first time.

Norton said that if you are a fan of courage, if you admire determination, and “if you can’t help but share in the joy of victory, then you are already a fan of the Special Olympics.”

“Your support will help build better athletes, good citizens and ambassadors for sport. Why not make it official? Be a fan. Fans like you can change lives,” Norton added. “It might just mean helping a person with an intellectual disability make the transition from sideline spectator to a world-class athlete and World Games gold medalist.”

During the Torch Run week, participants will run and walk as many times as they can, while maintaining physical distancing.

They’ll log their kilometres and fundraising totals online in an effort to reach the event’s targets.

To recognize this year’s 30th anniversary of the BC LETR, the fundraising goal is $30,000 and runners/walkers will look to cover a combined distance of 3,000 kilometres.

Everyone can sign up for the Virtual Law Enforcement Torch Run for Special Olympics BC here.

Supporters can also donate to SOBC through the event.