Secure bear attractants or it’ll cost you, says COS 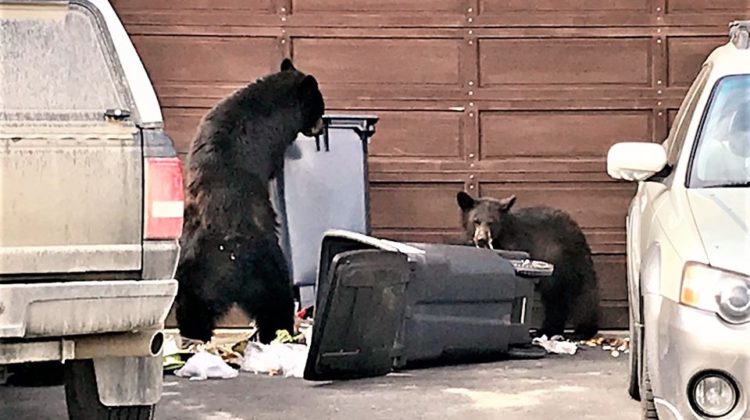 North Island Zone conservation officer, Sgt. Mike Newton said bears getting into garbage is the driving force behind bear complaints in the region. (Supplied by the Conservation Officer Service)

Complaints about black bears continue to be on the rise across much of central and northern Vancouver Island.

Updated stats from the Conservation Officer Service for April and May, show 150 calls for service in the North Island Zone.

Newton once again stressed that the public has to take responsibility and secure all attractants, and ensure garbage is kept locked up, either indoors or secure in a locked shed until the morning of garbage pickup.

He also noted that fruit season is approaching, meaning gardens and fruit trees, including compost heaps, are a significant non-natural food attractant and must be secured.

According to Newton, electric fencing is the key strategy to ensure bears cannot access fruit trees and gardens.

As well, the COS is asking you not to feed the birds at this time of year as it may inadvertently attract bears.

“There is a lot of natural food for birds available right now,” Newton said.

Conservation officers are doing neighbourhood audits to make sure people are doing their part, and are not leaving attractants available for bears to access.

As part of these patrols, you may see conservation officers in neighbourhoods and other areas, checking to see if attractants are secured by using bear-proof bins, picking excess fruit from trees, using electric fencing around livestock and other measures.

“As the COVID-19 outbreak means more people stay home, this creates an opportunity for garbage and other attractants to pile up – but also more opportunities to manage them,” said Doug Forsdick, Chief Conservation Officer. “We hope people take this opportunity to assess their properties for potential attractants and ensure they are properly stored. Communities where attractants are managed properly experience fewer human-wildlife conflicts and fewer animals destroyed.”

Failing to secure attractants can result in fines, or a Dangerous Wildlife Protection Order issued under the Wildlife Act.

CO’s are targeting areas with a history of bear conflicts.

Communities where unsecured attractants, such as garbage, pet food, birdseed and compost have led to problems with bears in the past, are also a priority.

During the first phase of patrols, which wrapped in late fall, CO’s completed more than 700 inspections, issued more than 75 charges, 300 warnings and 350 Dangerous Wildlife Protection Orders, which direct a property owner to remove an attractant or face a $575 fine.

You’re asked to do your part to keep wildlife wild. For tips, click here.