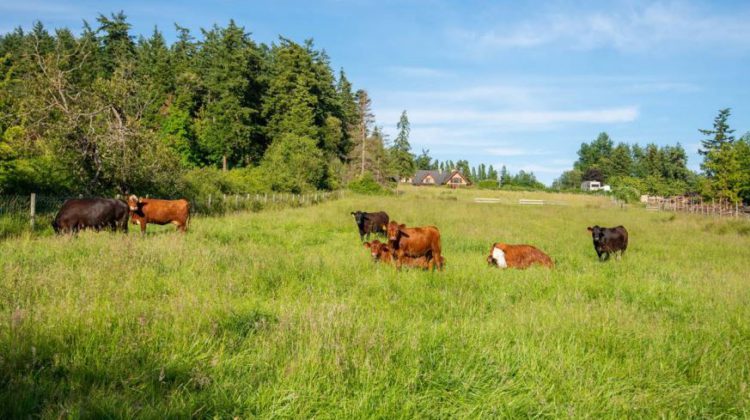 Regulation changes are increasing the availability of locally-raised meat in three different parts of British Columbia.

Courtenay-Comox MLA Ronna-Rae Leonard led consultations that helped pave the way for the changes in the Alberni Valley, Kootenays and Fraser-Fort George regions.

“Our government is changing regulations so that more people will have access to quality, locally sourced meat in their grocery stores and favourite restaurants,” said Leonard, the MLA for Courtenay-Comox.

“I’m so pleased that the public consultations held by the Select Standing Committee on Agriculture, Fish and Food have led to this positive change.”

The updated Meat Inspection Regulation now allows Class D licences in each of the three areas, and, Leonard says, encourages the growing “farm-to-fork” trend in many B.C. communities.

Class D Licence holders are permitted to conduct the on-farm slaughter of up to 25 animal units for direct sale to consumers or retail outlets like restaurants and meat shops in the region where the meat was slaughtered.

Leonard said there are a lot of spread out populations across B.C., resulting in farmers stepping away from raising livestock because they didn’t have the capacity to do the slaughtering and going through that final step to deliver meat to people’s table.

“The farm-to-fork concept and keeping things local is being reflected in this change in regulation so that the Alberni Valley, Robson Valley, and Central Kootenays, where they are very constrained in terms of having capacity and also having access, to not have to travel long distances to do that final finishing,” Leonard said.

She added that these new changes will open new windows for farmers.

“This is that opportunity for the many small farmers that are in the province, in places where they can afford to farm, to be able to have a viable agricultural industry,” Leonard said. “It gives them the opportunity to process the meat and to sell it locally, up to 25 animals, basically, per year, which demonstrates how small it is.”

Leonard says these changes follow consultations by the Ministry of Agriculture and the direction of the Select Standing Committee on Agriculture, Fish and Food’s September 2018 report which recommended more support for B.C.’s local meat production and processing industries while promoting the interests of local producers, processors, retailers, and consumers.

Leonard was the chair of the all-party committee.

She said it costs a lot to have a Class A slaughter facility and you need to have a lot of product to be moved through the facility.

“It keeps farmers farming, it keeps local product available for local consumption and certainly the Buy Local BC is so important right now across British Columbia, so there is that advantage.”