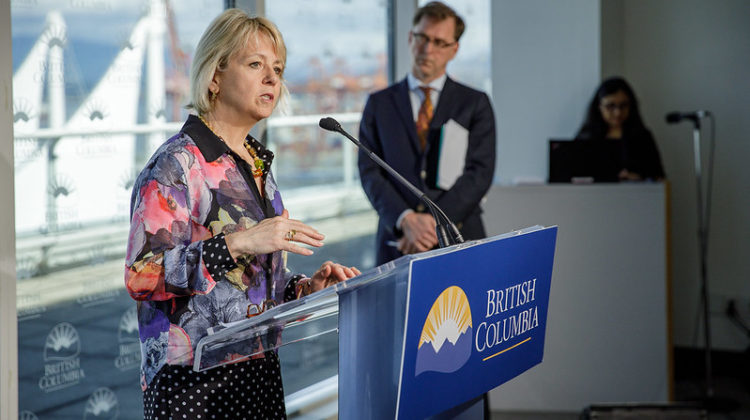 The province is eyeing Phase 3 of B.C’s Restart Plan.

She shared many things in the update including where we sit in terms of case numbers, where those cases have originated from, and how we compare to the rest of the world and the rest of Canada.

Dr. Henry says despite having new cases every day, British Columbia has done a good job to stay on top of COVID-19.

“We are out going to work, we’re going shopping, we’re doing things we did before, but what this also tells us with the smaller numbers and the fact that we’re not seeing dramatic increases in hospitalization or people in ICU is that many of those contacts are done in a safe way.”

She added that right now we’re operating at about 60-65 percent of our normal social interaction level, and we need to keep that steady moving ahead.

No new cases were reported on Vancouver with the case count sitting at 131.

So far, 87 percent of those with the virus have recovered back to full health.

To view the complete COVID-19 outlook from the Government of British Columbia, visit their Youtube channel.