Camp Homewood taking day camp on the road this summer 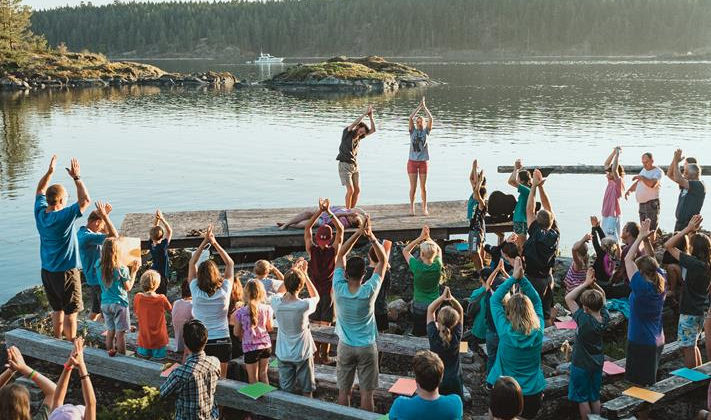 Camp Homewood is hitting the road this summer.

Kids usually flock to the camp’s 200-acre oceanfront property on Quadra Island during the summer months, but this year things are being run a little differently.

It’s offering six week-long sessions in July and August, with the first session at its Quadra Island property, four sessions at Campbell River’s Baptist Church, and one session at Courtenay’s Fellowship Baptist Church.

“We know that kids have been sitting at home for a long time and many of their usual routines and the things that bring them joy have been disrupted,” says general director Paul Bailey. “A month ago or so, Dr. Bonnie Henry said that overnight camping would not happen this summer. So we decided that we would do day camp for kids. Rather than making the kids come to Quadra Island, we would take day camp on the road and be where the kids are.”

Sessions are open for those ages 7 to 12 and will be limited to 40 campers, running from Monday to Friday from 9:30am to 3:30pm daily.

Campers will be divided into pods of eight with an assigned leader.

“They’ll spend the day with that pod of eight and rotate through five different stations,” Bailey says.

He says there will be a variety of activities for kids to participate in, like games, crafts, drama, and storytelling.

Physical distancing protocols will be followed as well, as Bailey says staff will be following all of the guidelines published by the CDC and WorkSafeBC.

“Within that, we’re just going to have a ton of fun. It will be a little different from past years, but I know we’ll have a great time when we get the leaders together.”

Bailey adds he believes we’re all social beings that are meant to be out in the community.

“A lot of people have missed out on a lot of the regular interactions, whether that’s school or play dates with friends. We believe that for a child to be healthy, they need to be in the community,” Bailey says.

To learn more about Camp Homewood or to register, click here.