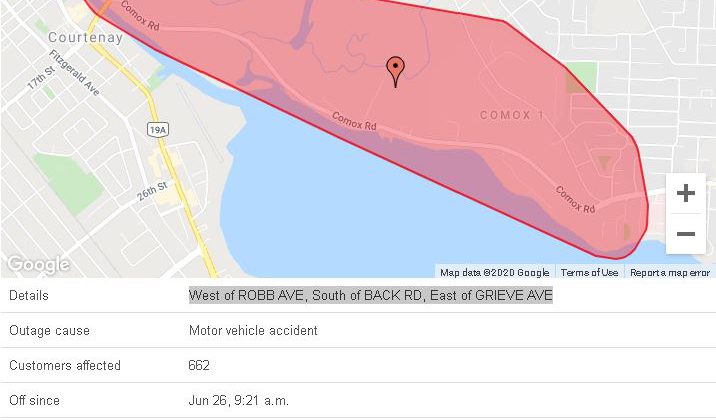 BC Hydro map of June 26th outage in Courtenay.

A section of Courtenay remains in the dark after a driver hit a power pole on Comox Road this morning.

The driver suffered minor injuries and was taken to hospital, according to Courtenay deputy fire chief, Kurt MacDonald.

The crash happened at roughly 9:21am on the 2500 block of Comox Road, close to the bird viewing station of the sanctuary.

The crash is blocking traffic in both directions on Comox Road.

It’s currently affecting 662 BC Hydro customers west of Robb Ave., south of Back Rd., and east of Grieve Ave.

In its last update, BC Hydro estimated the power to be back on by 2:30pm.