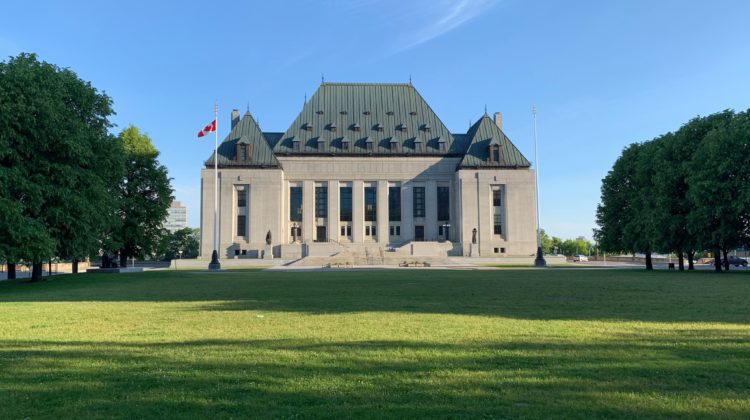 The Supreme Court of Canada has rejected an application to appeal a ruling by the Federal Court of Canada that allows construction to proceed on the Trans Mountain Pipeline expansion.

BC First Nations wanted to appeal a Federal Court of Canada ruling that Ottawa’s second set of consultations did meet a legal duty to consult Indigenous peoples on the Trans Mountain Expansion Project.

The Squamish Nation, Tsleil-Waututh Nation, the Ts’elxwéyeqw Tribes, and Coldwater Indian Band had been challenging the adequacy of Indigenous consultation leading up to the second approval of the oil pipeline project.

Reagan says the government approved Trans Mountain expansion because it is an important project for Canada.

“Construction of TMX is underway and has already created more than 4,900 good, well-paying jobs, will help us gain access to new markets for our resources and generate revenue to help fund clean energy and climate change solutions.”

Reagan says that from the beginning, the government worked to advance the consultation process with communities.

Project conditions were amended and accommodations were established, several of which were co-developed to respond to concerns raised.

The Coldwater Indian Band says despite today’s decision, there are further legal actions it can take.

Chief Lee Spahan says, “If Canada continues to fail us, and if Trans Mountain refuses to move their Project out of the recharge zone of our aquifer, we may be forced to back to court in an effort to protect our drinking water.”

According to Spahan: “We knew the chances of the SCC granting leave were slim, given the momentum of the project and the Federal Court’s finding that protection of our water can still take place in future routing decisions, but we felt we had to use every tool available to us.”

The Coldwater Band says the pipeline route passes through an aquifer that is the sole source of drinking water for about 320 people living on the main Coldwater Reserve.

The reserve is located about 13 kilometres southwest of Merritt.

The band has been fighting to change the planned route for years over concern about the possibility of contamination of this water source if an oil spill occurs.

If the route remains unchanged they can object to the route through a detailed route hearing before the Canada Energy Regulator and Trans Mountain must prove that its chosen route is safe.