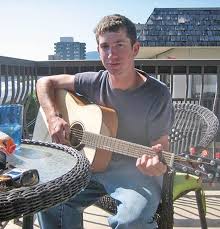 A sad ending now to the search for Campbell River’s Trevor Lyttle.

Family members have confirmed the body of the 26 year old has been found in waters near West Thurlow Island north of Campbell River…he had been missing for about four months.

We earlier reported he was last spotted back on December seventh.

Family members say Lyttle left his home on Steelhead Road, with plans to head out and feed a deer on their property.

An extensive community search was launched but turned up no trace of Lyttle.