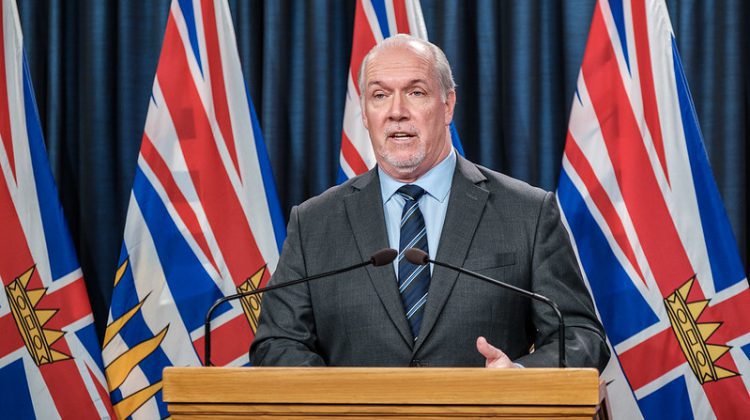 Premier John Horgan(Supplied by the Province of British Columbia)

Premier John Horgan is getting high marks from most British Columbians.

According to Insights West’s ‘Government of British Columbia Report Card’, the province’s pandemic response has resulted in a massive jump in approval ratings for both the BC NDP and Horgan.

Pre-pandemic, Horgan’s approval rating was already strong, but it’s since skyrocketed 17 points in just seven months to 68 per cent.

That’s the highest level than for any political leader in B.C. since tracking began eight years ago.

Conversely, there is an opposite trend in approval levels for opposition leaders, as the BC Liberal’s Andrew Wilkinson rating has dropped five points since November to 30 per cent. I

Interim Green leader Adam Olsen made his debut at a 29 per cent approval rating, the lowest of any Green leader since the 2017 election, but 44 per cent of BC residents don’t know enough about him to provide a rating.

Trevor Bolin from the BC Conservative Party has an 18 per cent approval rating, but similarly, 49 per cent of British Columbians didn’t know enough about him to provide a rating.

As for the British Columbians’ concerns, COVID-19 bumps out housing, climate change and the economy as the most important issue facing B.C.

Meanwhile, government approval ratings on nearly every issue from COVID-19 response, healthcare, education and economy have improved since the previous wave last November.

According to the poll, the pandemic is listed as the number one issue facing British Columbians right now, with 32 per cent choosing it as the most important issue facing the province.

That relegates housing prices (13 per cent) to second place position after a five year run at the top of the list.

House prices are the number one concern (24 per cent) among 18-34 year old residents while COVID-19 is chosen by slightly fewer (21 per cert).

Housing prices appear much further down the list among those 55 years+ (six per cent), and those 35-54 years old (16 per cent).